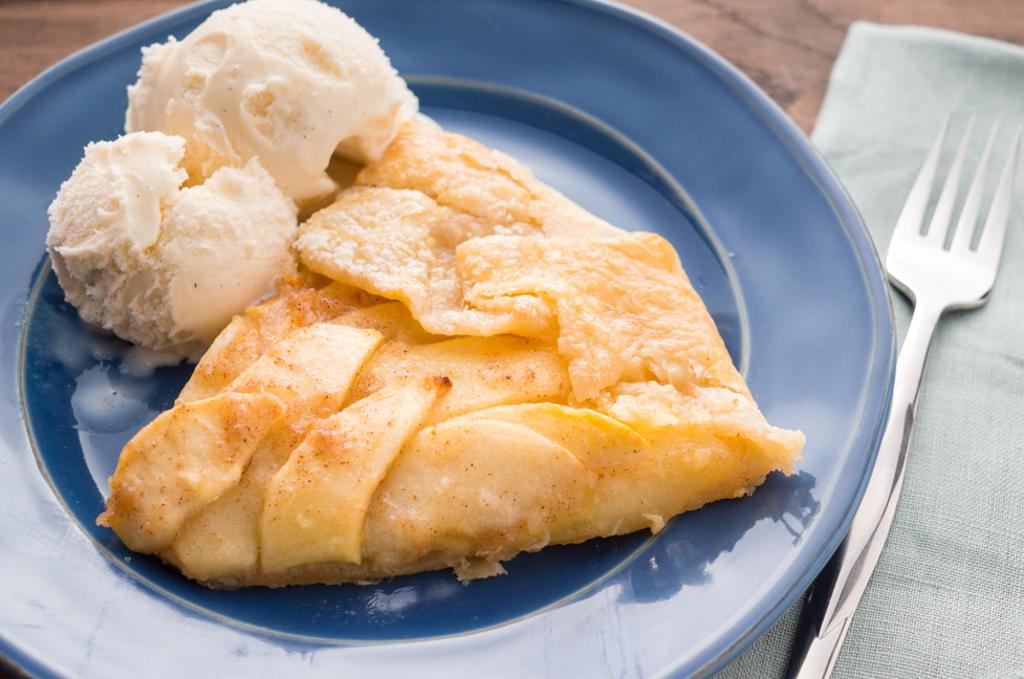 What is a galette you ask? It's really not as fancy as the name implies. It's just a buttery pie dough shell filled with a sweet or savory filling. The beauty of it is it's so much easier to make than a traditional pie. 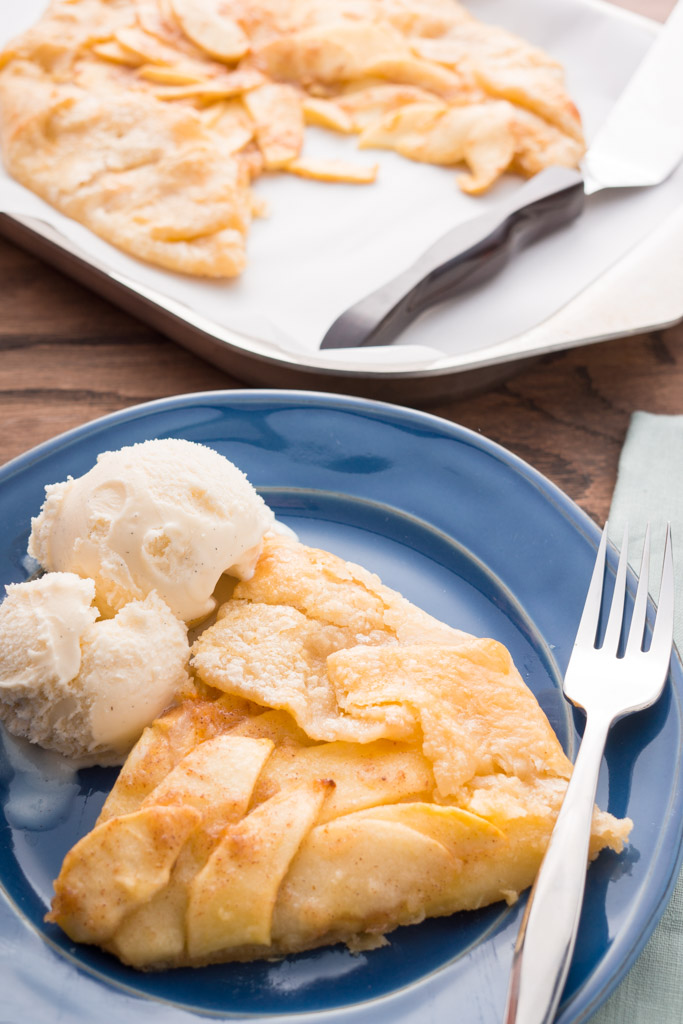 I know I've mentioned before that I'm not the greatest pie dough maker. I have a tendency to handle the dough way too much resulting in a tough crust rather than one that is flaky and light.

It's important when making dough to keep the butter cold. So instead of using your warm hands to incorporate the butter, use two Table Knives in a scissor motion to cut the butter into the dry ingredients to the size of small peas.

This recipe makes two galettes. You can wrap the unused dough in plastic and freeze to use later. Defrost it in the refrigerator the day before using it.

As for the filling, any fruit or combination of fruits can be used. I liked using apples because who doesn't like apple pie? Large fruits can be sliced or cut into chunks while small fruits like blueberries or raspberries should be left whole. You can also add nuts or dried fruits. Be sure to add spices like cinnamon, cloves and nutmeg, or zests like orange or lemon to add more flavors to the filling.

Savory galettes are delicious too. However, the dough used for the fruit galette would not work well with savory ingredients. It is too sweet. Look for a dough recipe made without sugar. Fill the dough with sautéed vegetables or greens and cheese.

Galettes are a great way to experiment with a variety of fillings and to create a dish that can be a main course or dessert. 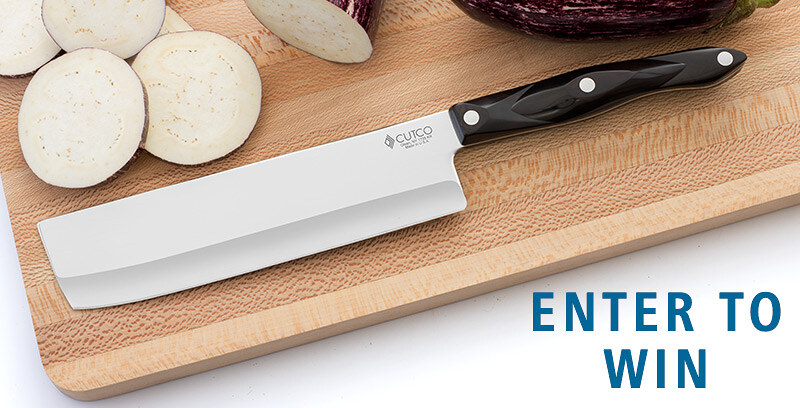