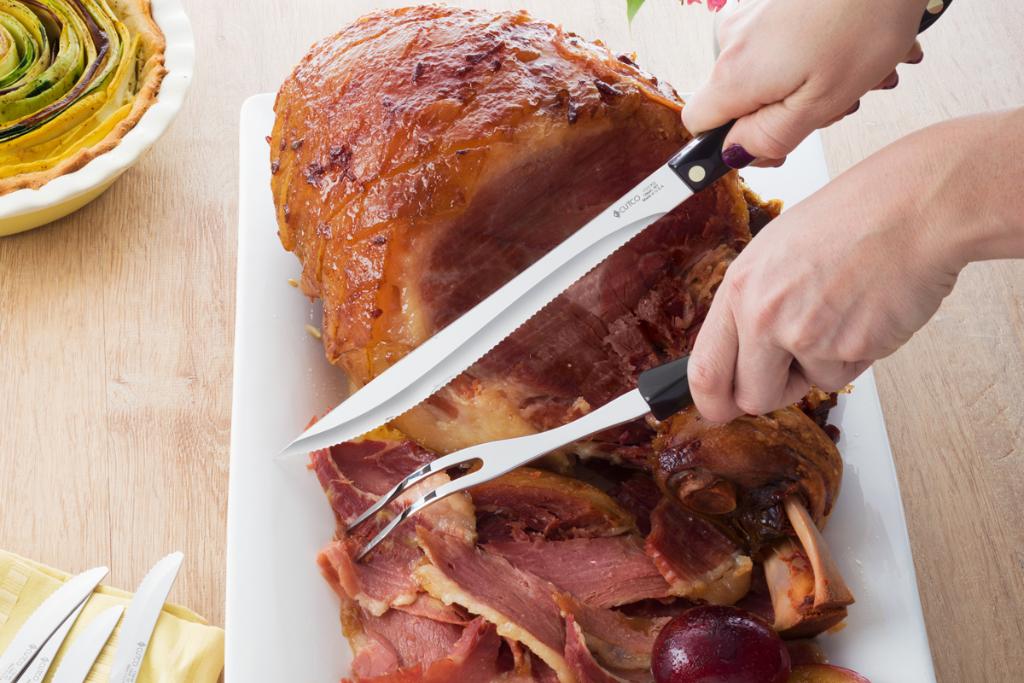 Ham is such a versatile meat. You can bake it and then slice and serve it with side dishes for a delicious family meal. You can also slice it thin to pile high on bread or rolls for a satisfying sandwich or cut it into cubes to incorporate into a breakfast casserole or a creamy soup.

Baked ham is often covered with pineapple rings, studded with whole cloves and glazed with a brown sugar and pineapple juice glaze. But, here’s a different baked ham recipe to try – Plum-Glazed Ham. This sweet yet slightly tangy glaze adds an unexpected flavor to the ham. This recipe also features an orange juice-based glaze that is drizzled over the plums for another layer of flavor, which really brings everything together. Use the Mix-Stir to whisk together the ingredients for both glazes.

Score the ham using the 6-3/4" Petite Carver and use the Trimmer to easily cut the plums in half.

Once the Plum-Glazed Ham is baked to perfection, place it on the largest Cutco cutting board and, using the Carving Set, slice it into generous portions. Use the Carving Fork to hold the ham in place and then use the 9" Carver (carving knife) to slice it, using long, sweeping strokes. 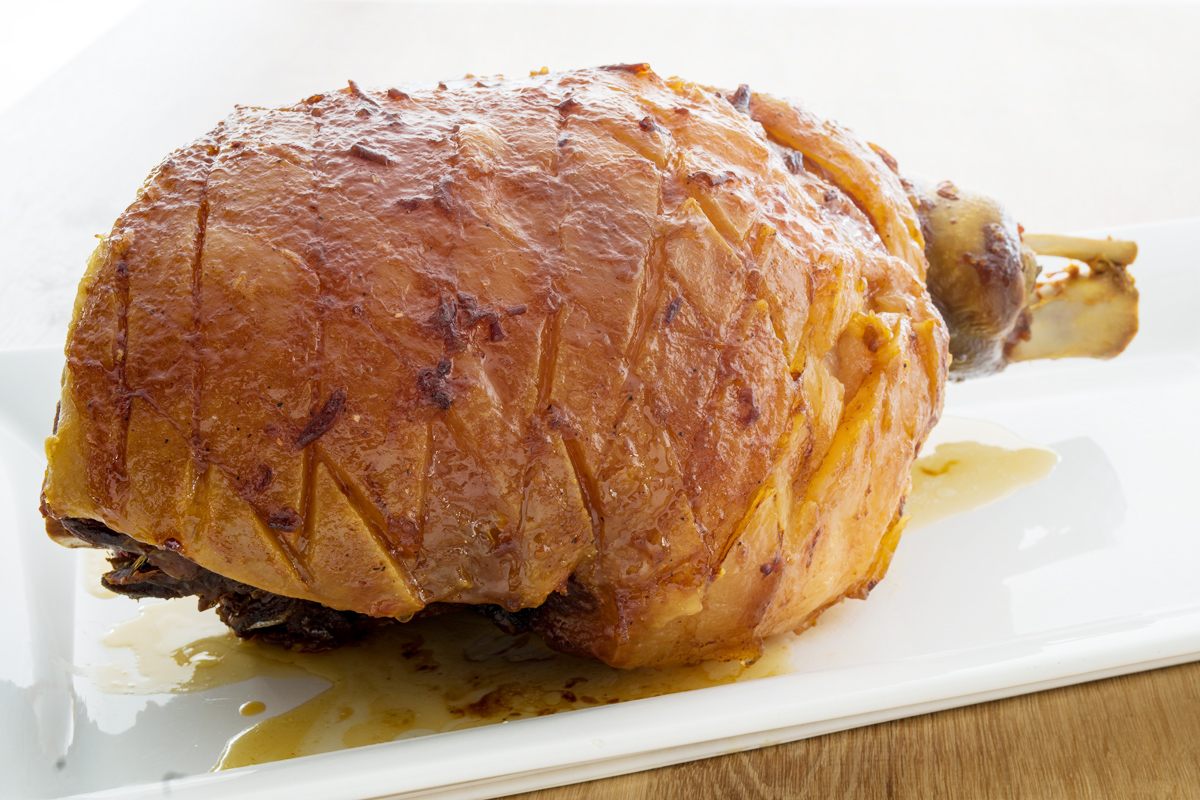 Arrange the ham slices and plums on a large platter and spoon any glaze left in the pan over both. There will be lots of oohs and aahs when you place this beauty on the table.

When it’s time to use the leftovers from this Plum-Glazed Ham, we’ve got you covered with these delicious recipes.