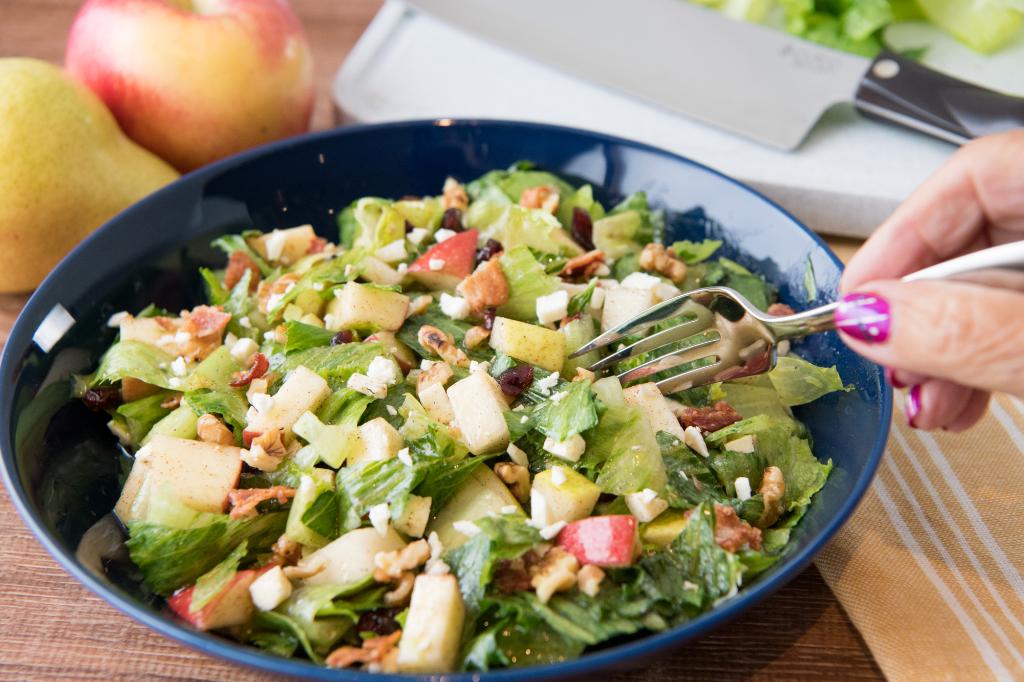 Does fall make you think about crisp apples, juicy pears and cranberries? We usually think about eating them right out of hand or using them in pies, crisps and breads. How about spices like cinnamon, ginger, cloves and nutmeg? Again, we usually use them in cooking and baking. But how about using these ingredients and then some in a salad?

This Fall Fruit Chopped Salad combines a variety of flavors that play well together. Use the Vegetable Knife to chop through the thick ribs of the Romaine and toss them into a large bowl. 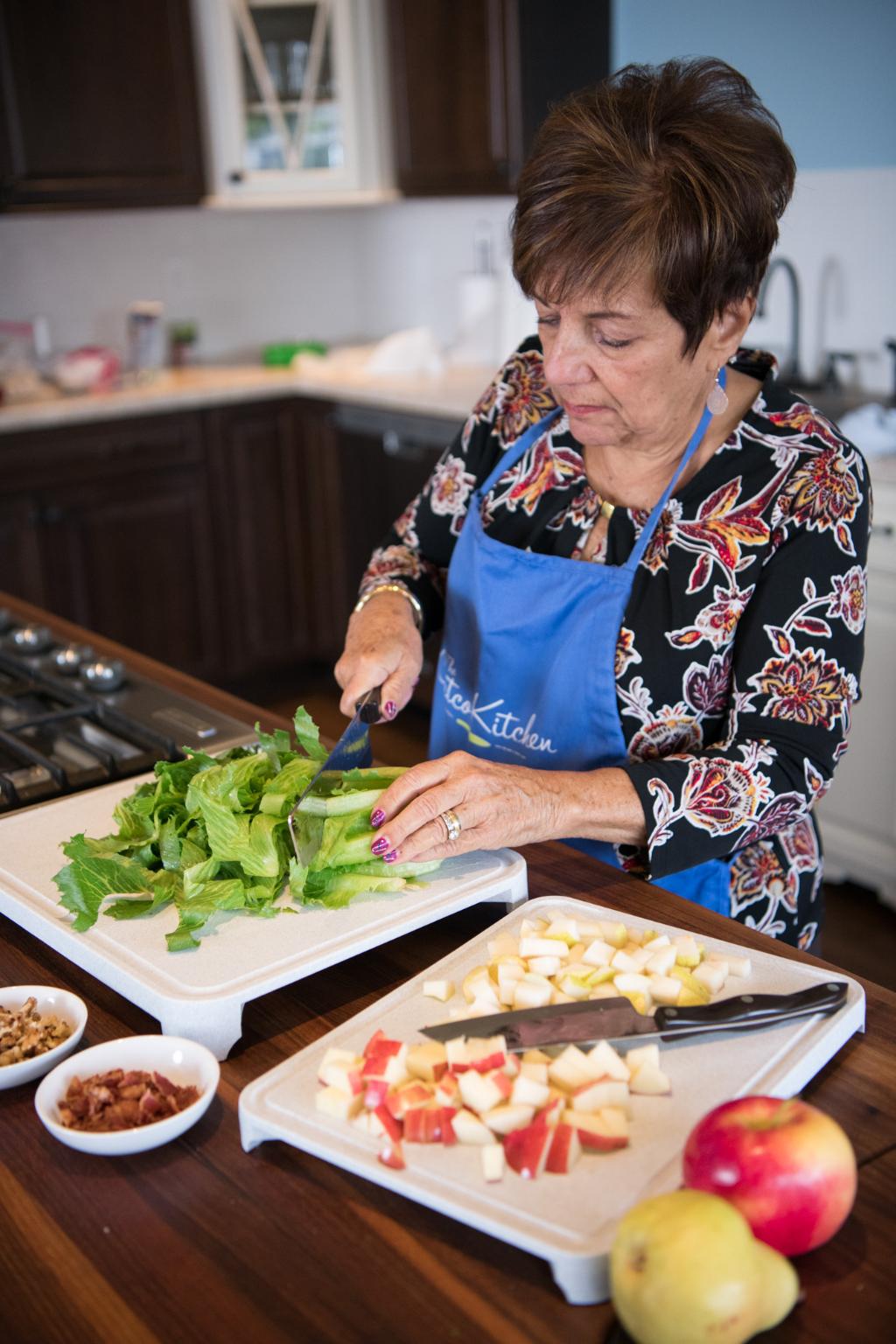 Chop the fruit, nuts and bacon with the 5" Petite Santoku and add them to the bowl. The Traditional Cheese Knife with its Micro Double-D® edge can easily slice through whatever cheese you decide to use. Finally, use the Mix-Stir to whisk the ingredients for the dressing.

I think the dressing “makes” this salad. The cinnamon is like a secret ingredient. People taste it but they’re not quite sure what it is. When I told everyone they would be eating a salad, there were a few turned up noses since they all go for heartier fare. Once they tasted it, there were a lot of, “this is so good.”

As a side-bar, make sure you watch the nuts closely while toasting them. I decided to toast mine on the stove. My first attempt ended with tossing the nuts in the garbage as they went from being slightly toasted to burned in a matter of seconds. I think the next time I make this, I’ll try toasting them in the oven and see if that goes better for me.

However, I think this salad is definitely a keeper. I hope you do too. 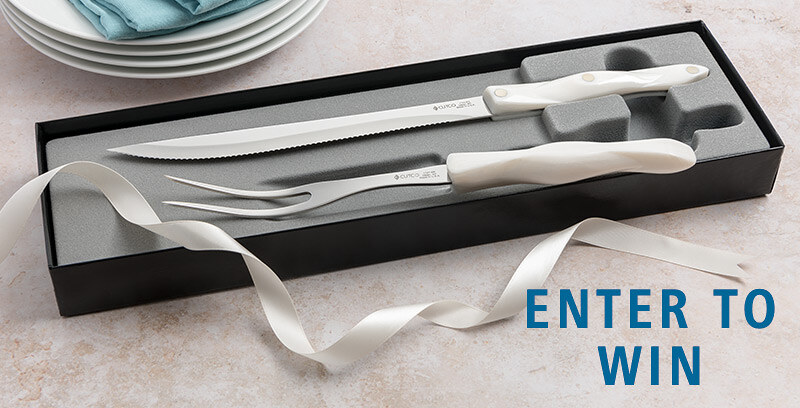 Enter to Win a Carving Set

With the holidays not too far off, enter to win a Carving Set. With its 9" Carver and Carving Fork, it is a must-have for perfect slices of turkey..