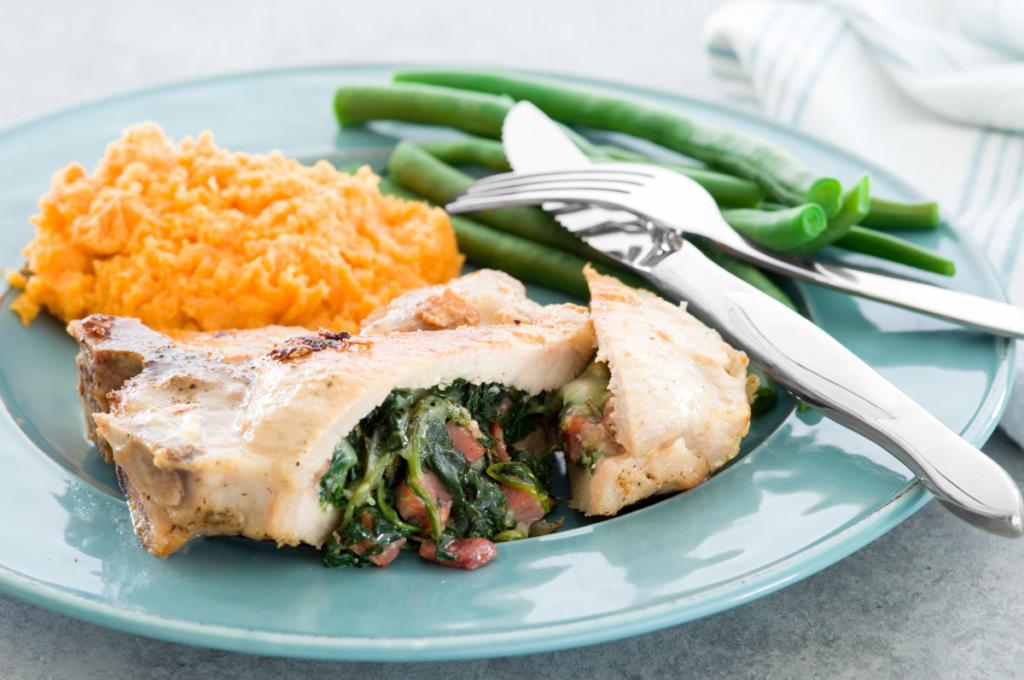 When someone says stuffed pork chops, do you automatically think of big, thick chops stuffed to overflowing with bread stuffing? That's my first thought. Here's a twist on stuffed pork chops that contain no bread. Instead, spinach, capocollo and provolone cheese are combined to make a tasty stuffing for thick, pan browned then baked chops.

Stop by the deli at your local grocery store and ask them for thick slices of capocollo and mild or medium provolone cheese. Use the hefty and sharp Hardy Slicer to cut both into small a small dice. 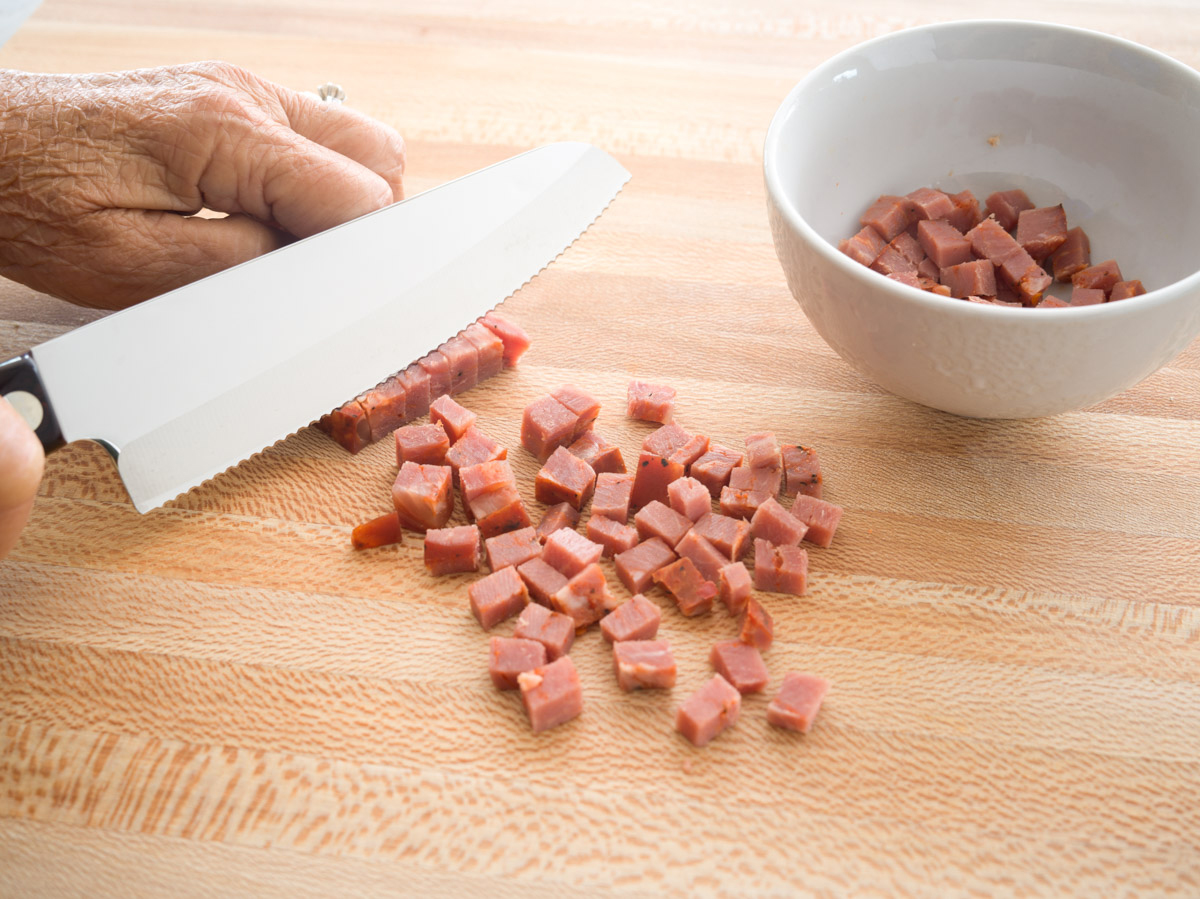 Once the spinach mixture is prepared, make sure it is cooled completely before adding the rest of the ingredients. If the mixture is not cool enough, the cheese will become soft or even melt which is not what you want.

Lay a chop on a cutting board and use a long, thin knife like the Boning Knife slice a deep pocket all the way to the bone. Its super sharp flexible blade makes accomplishing this task quick and easy. Stuff each chop full but don't overstuff. Toothpicks work great to secure the stuffing in the chop. Just make sure to remove them before serving.

This is a lovely dish to serve to your family or dinner guests. It looks like you spent hours preparing it but you can have it on the table in less than an hour. The stuffing bakes up nicely and stays inside the chop. Add some mashed sweet potatoes and fresh green beans for a plateful of goodness.

This is a dish I'm betting you'll make more than once. I think even those who aren't fans of spinach will like it. The spinach taste is subtle while the spiciness of the capocollo and the mild flavor of the cheese, combined with the pork, are delicious. 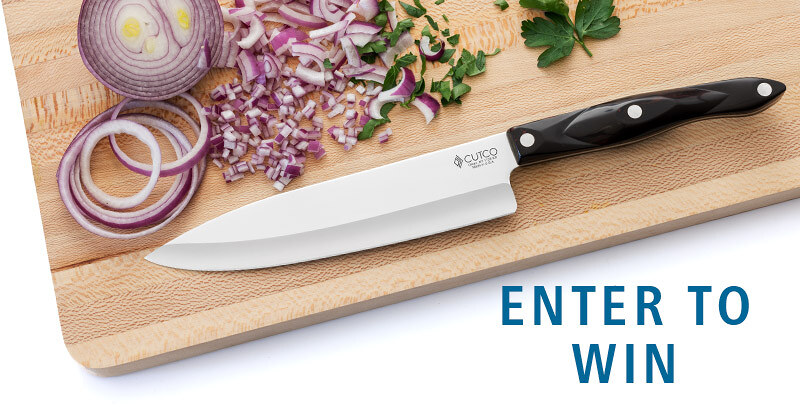