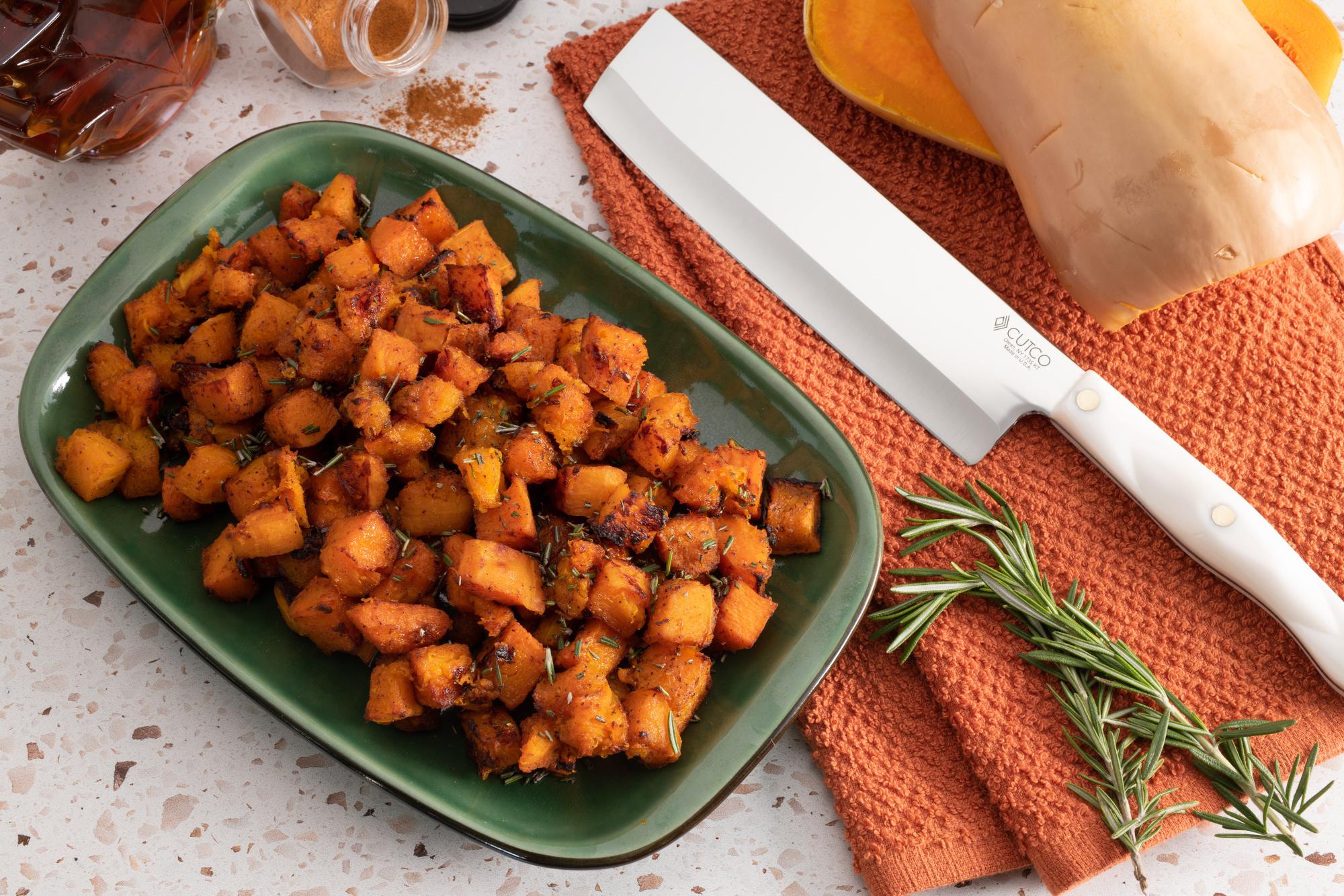 How to Prepare the Squash

For this recipe you’ll want to peel and dice the squash. Cut it in uniform-size pieces so that every morsel will be evenly caramelized and tender.

To cut the squash, pierce the skin in a few places with the tip of a paring knife and then microwave for three to five minutes to make it easier to cut. Use a Vegetable Knife to trim off the ends and cut in half at the neck. Use a Vegetable Peeler to peel away the skin. 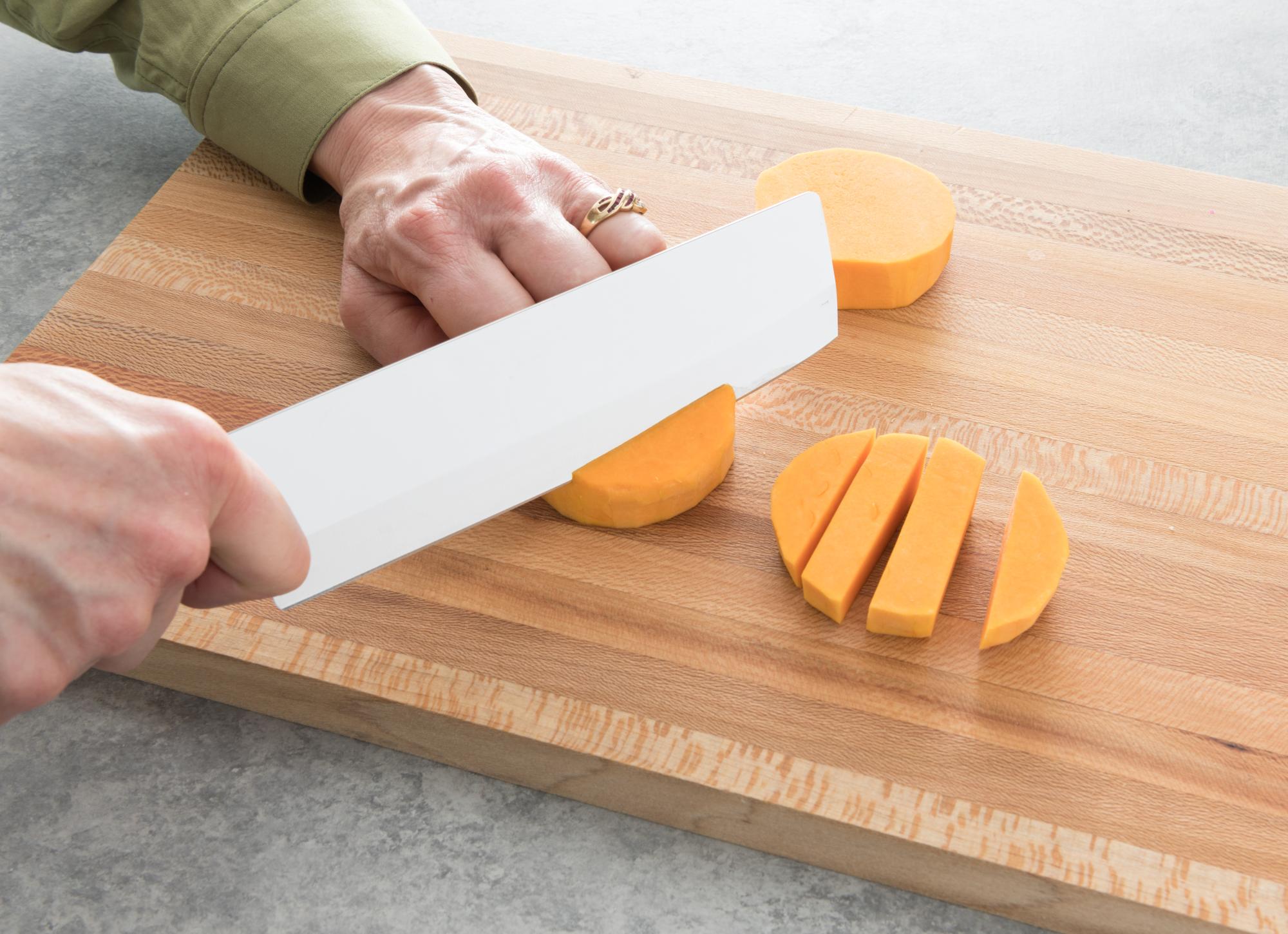 Rotate the batons and cut into uniform one-inch thick cubes. 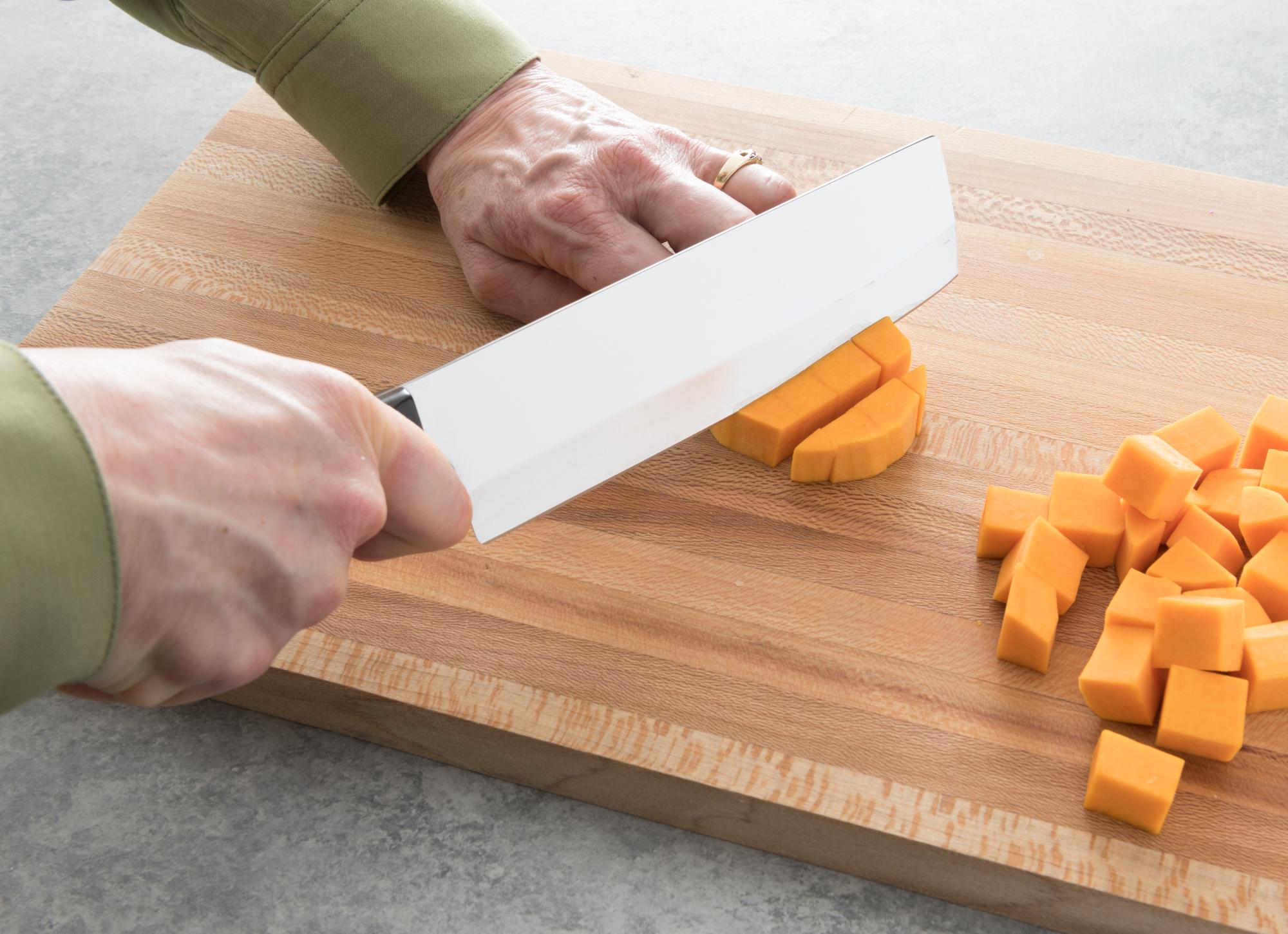 Take a look at Cutco’s easy How to a Dice Butternut Squash tutorial if you need more guidance.

Once the seasonings are tossed with the squash, place the cubes on two prepared baking sheets, leaving ample space between the pieces so they roast evenly. Place one pan on the upper part of the oven and the other in the lower part. Halfway through cooking remove the squash and gently toss the pieces before returning them to the oven, switching pan positions.

While the squash is roasting, use a 7-5/8" Petite Chef knife to chop up some fresh rosemary. 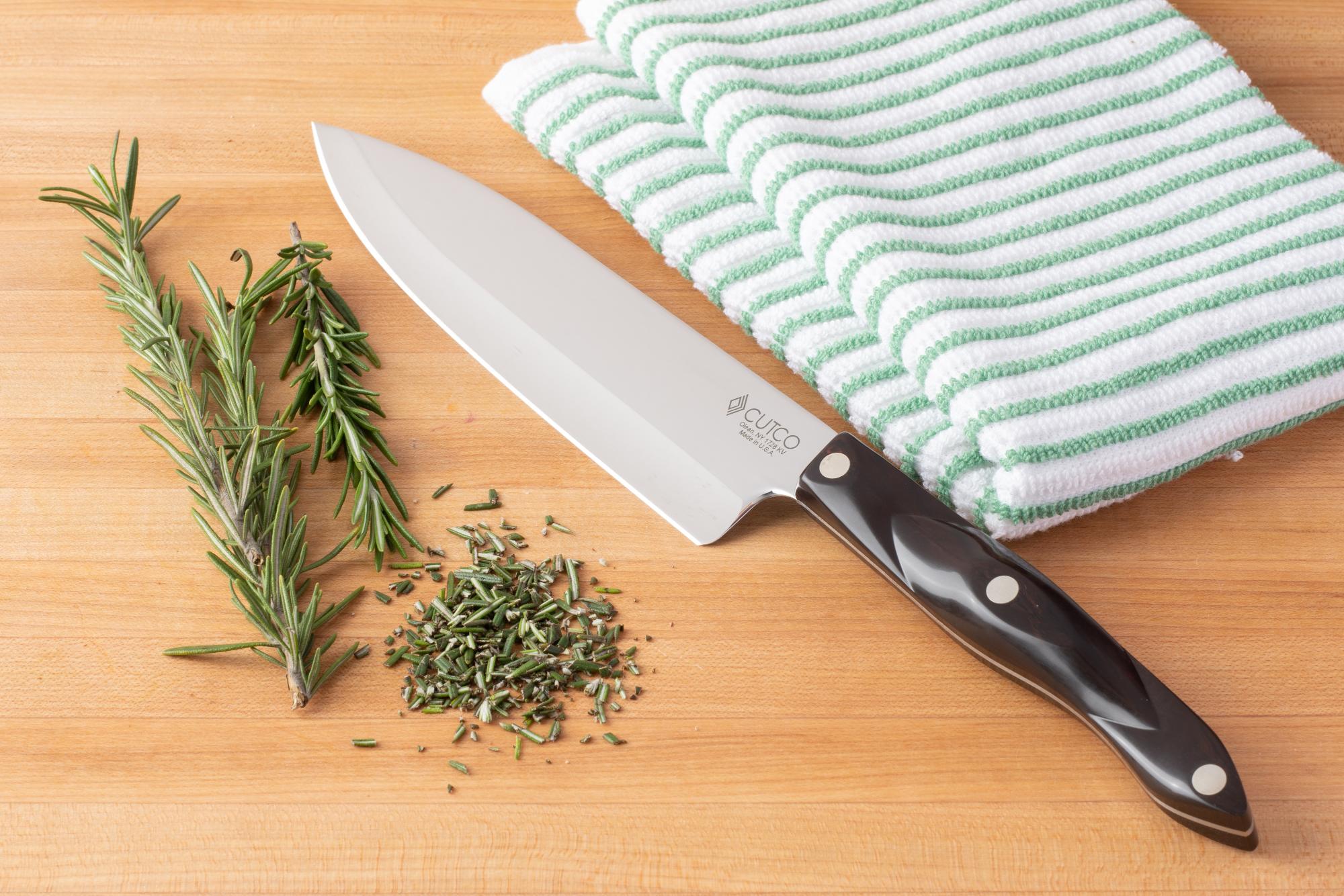 When the squash is done, sprinkle with the rosemary and serve warm. (If you would rather not use the rosemary, that’s fine, the recipe is a winner even without it.)

The beauty of this Caramelized Cinnamon Roasted Butternut Squash recipe is that it delivers a wonderfully sweet and somewhat woody flavor. Even people who normally don’t like butternut squash often ask for seconds of this side dish.

It’s so easy but it tastes like it took a lot more work than it did. 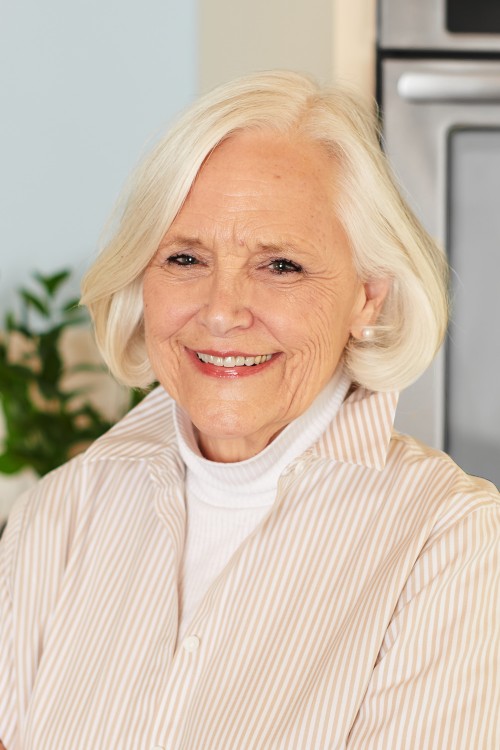