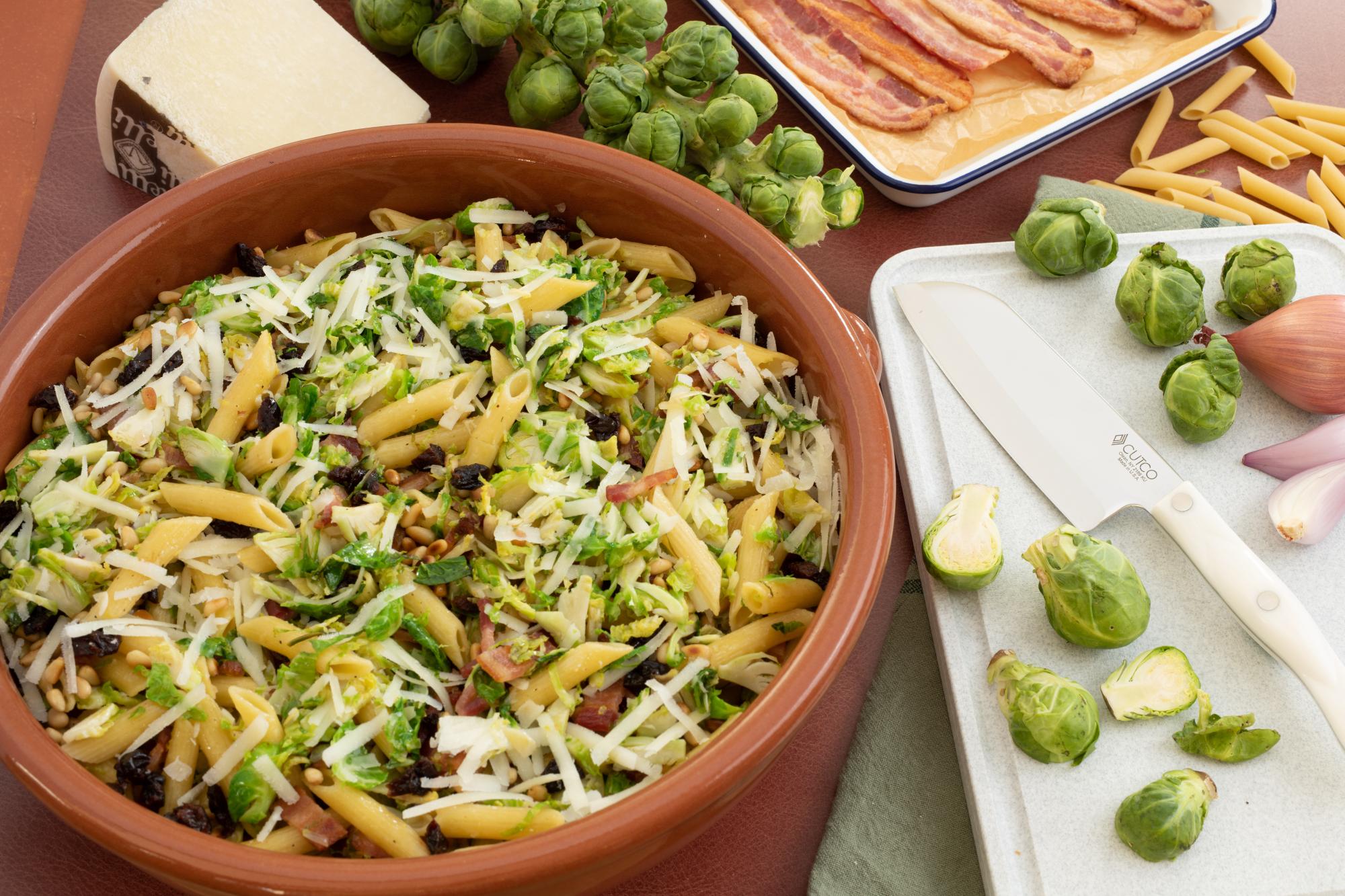 Who doesn’t love Brussels sprouts? Well, I can think of a lot of people, including many members of my family, but this recipe may just change your mind. Brussels sprouts can be cooked so many different ways and when you thinly slice or shred them, the options are endless. We recently did a Brussels Sprout Salad With Apple and Dried Cherries recipe that was amazing, which made me think there must be other ways to use these wonderful vegetables in their sliced form.

Brussels Sprouts, Bacon, Pecorino Cheese and Penne Pasta is that all-in-one dish that tastes amazing and is easy to prepare. It also has bacon, so really, how bad can it be? In fact, the bacon flavor is infused throughout the dish as you cook the shallots and Brussels sprouts in some of the leftover bacon grease. Yum!

Start by bringing a large pot of salted water to a boil and adding the penne pasta. Cook until the pasta is just al dente, drain immediately and set it aside.

Cook the bacon in a large skillet (large enough to hold the rest of the ingredients, including the pasta) until it is brown and crispy. Remove it to a plate and cover with a paper towel. Drain the bacon grease from the pan until you have around two tablespoons left in the pan. You will use it to cook the rest of your ingredients. 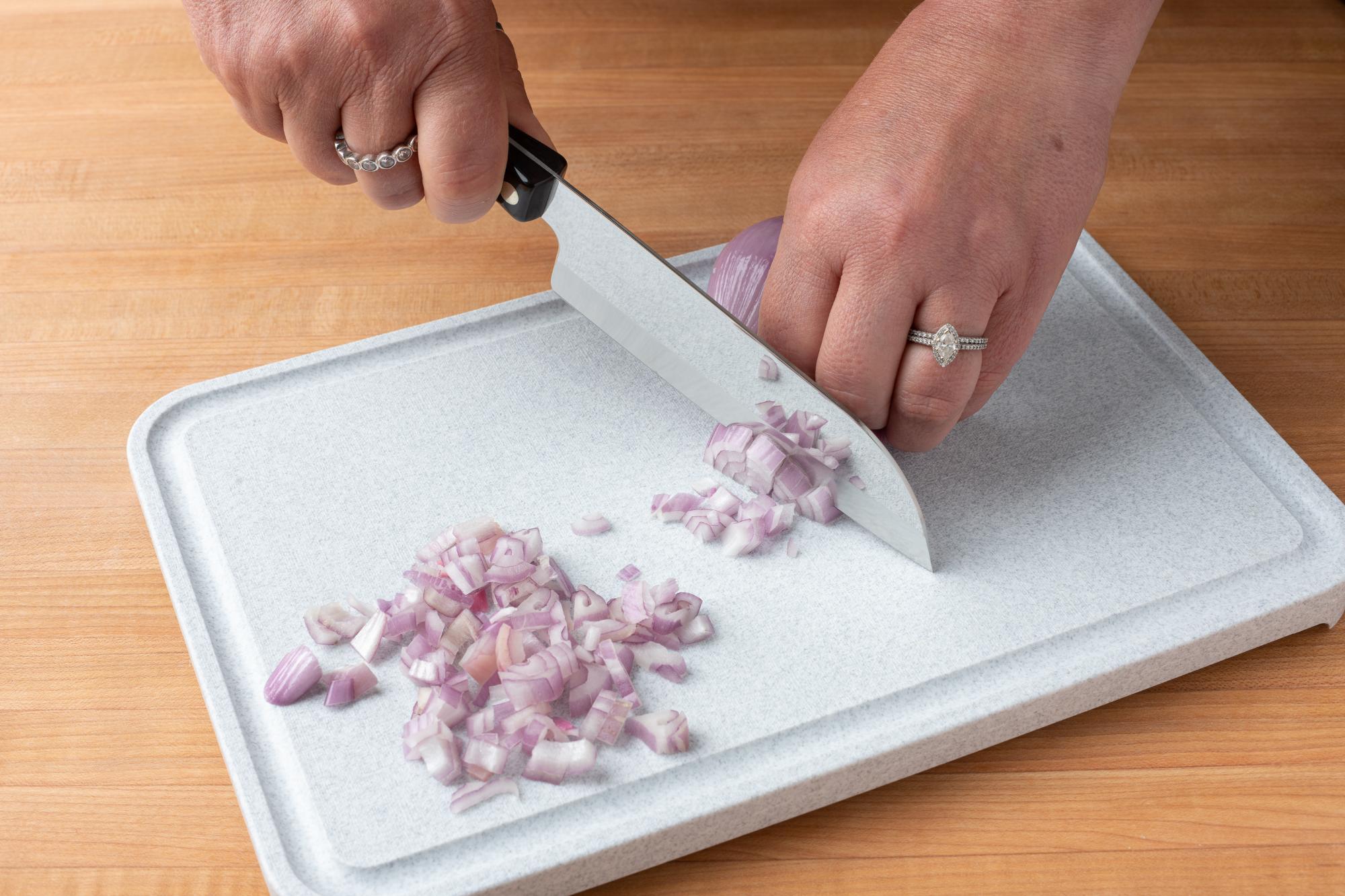 For tips on how to cut shallots, take a look at our easy step-by-step tutorial.

Using the same knife, trim the Brussels sprouts and thinly slice them. 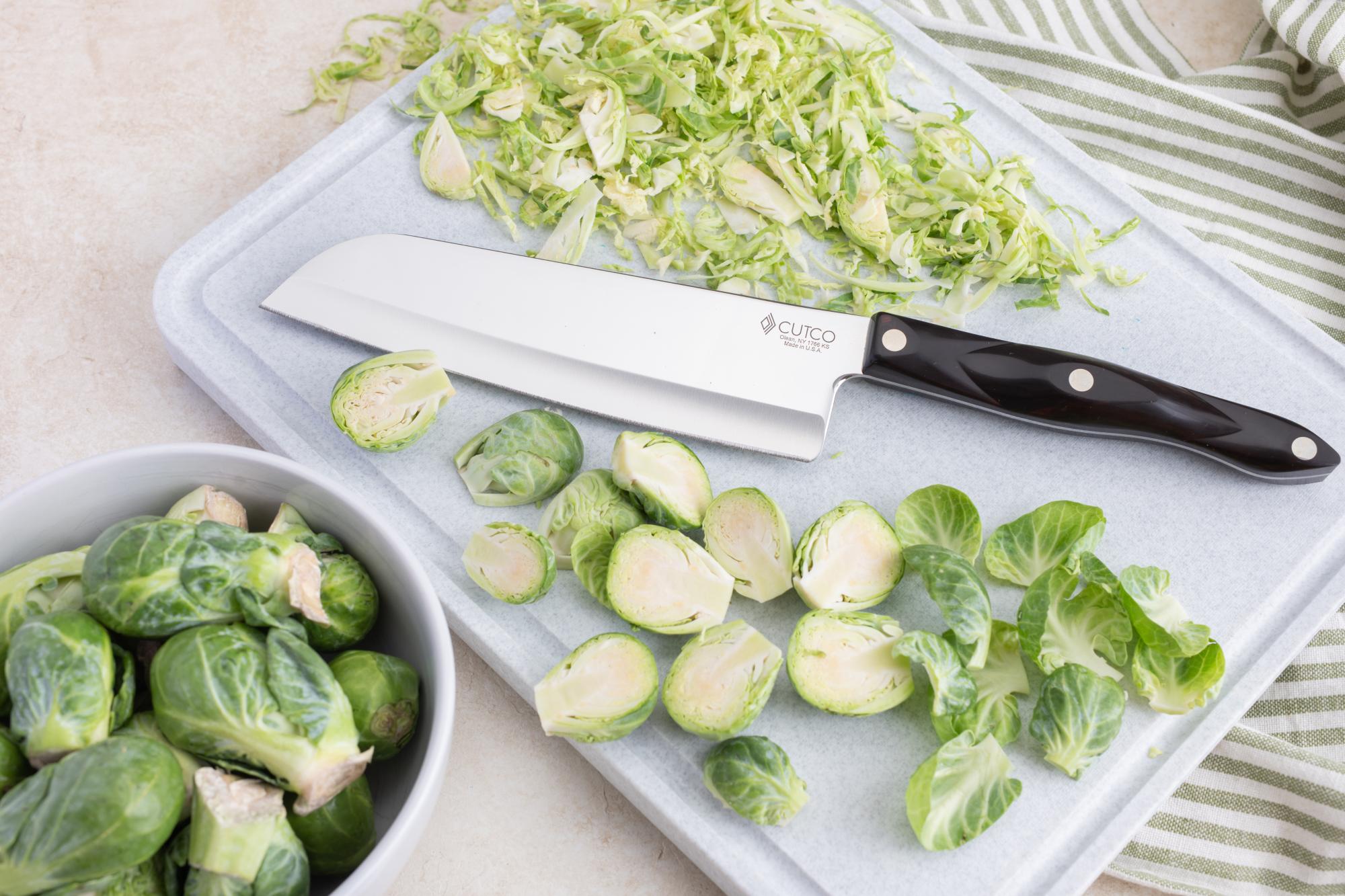 To chop the dried cherries, use the 5" Petite Santoku and carefully clean the blade between chopping as the cherries will stick. 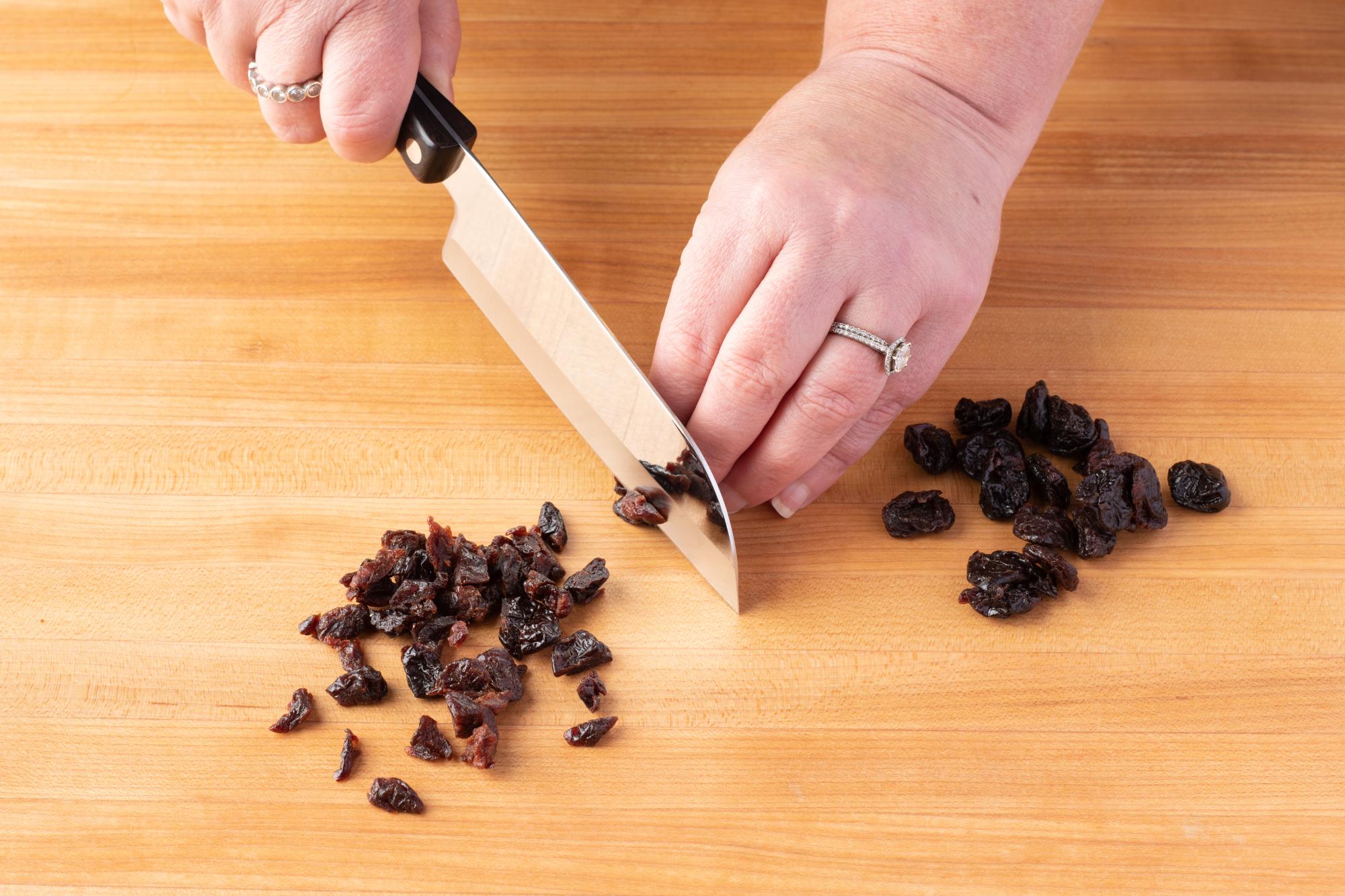 Add the minced shallot to the large skillet with the bacon grease and cook over medium heat until the shallot is softened. Add the sliced Brussels sprouts, lemon juice, butter and black pepper, cooking the mixture until the sprouts start to soften.

Chop the cooked bacon using a 7-5/8" Petite Chef knife then add it and the cooled pasta to the skillet. Toss the ingredients together until warmed through. Place the skillet mixture into a large bowl, sprinkle with pecorino cheese, a drizzle of olive oil, the toasted pine nuts and chopped dried sour cherries. Toss together and serve.

This is an easy all-in-one meal that is so tasty. Because the Brussels sprouts are thinly sliced and cooked until tender. You don’t have that overwhelming cabbage taste that sometimes turns people away from eating them. Brussels Sprouts, Bacon, Pecorino Cheese and Penne Pasta is the perfect meal to serve any night of the week and it might just create some fans of Brussels sprouts.