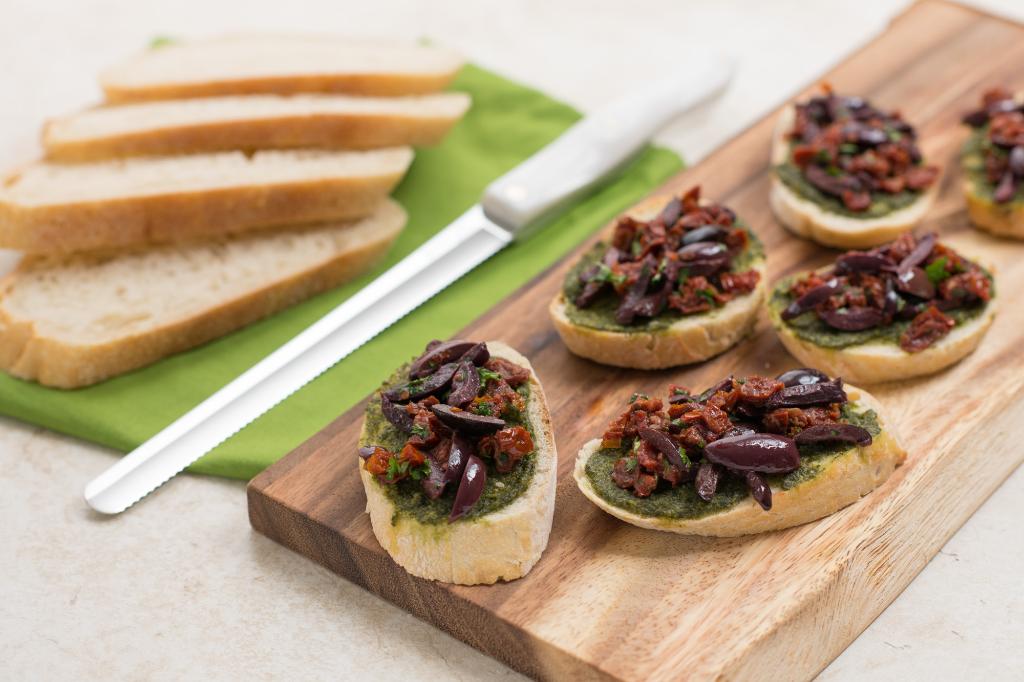 When company is coming I like to have everything ready as early as I can. While it doesn’t always work out like that, this is one recipe I can start early in the day. I usually cut and toast the bread in the morning, but don’t put the pesto on for toasting until our friends arrive. 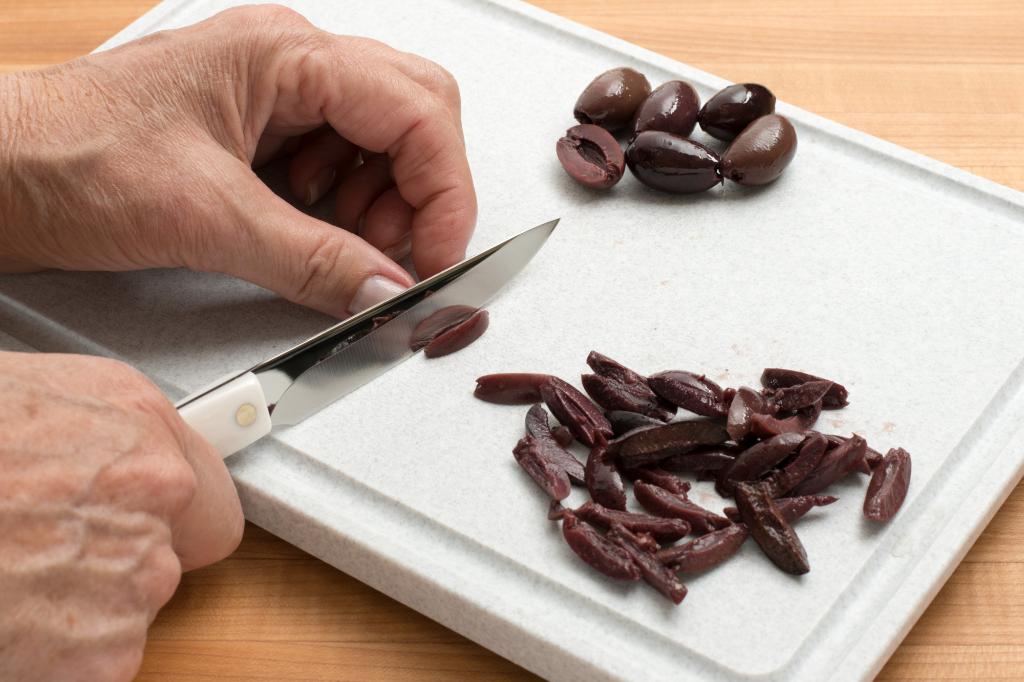 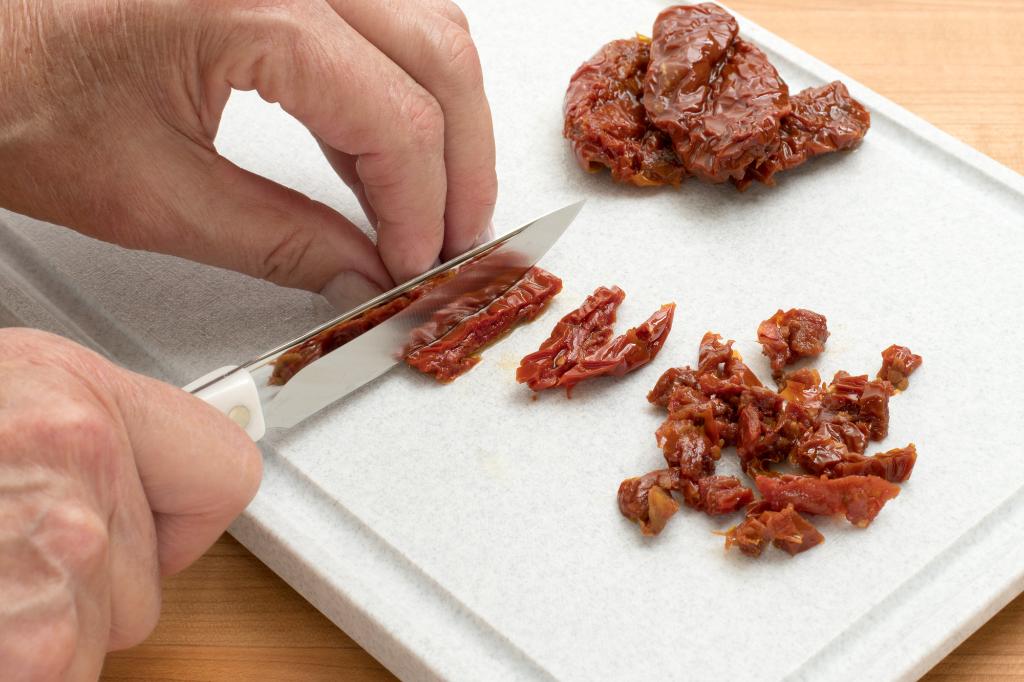 For slicing the baguette, use a sharp bread knife. I like Cutco’s 7-3/4" Petite Slicer for the job since its blade is a little shorter, making it great for smaller loaves of bread.

The sweet-tart flavor of the sun-dried tomatoes, paired with the pesto and olives makes this a flavor-packed starter. 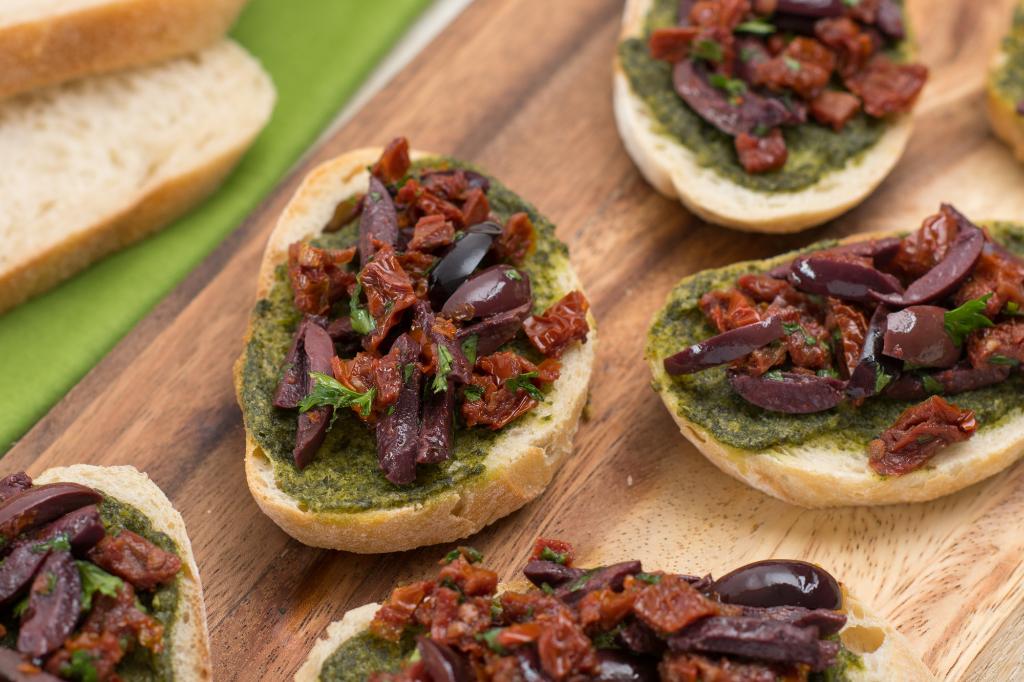 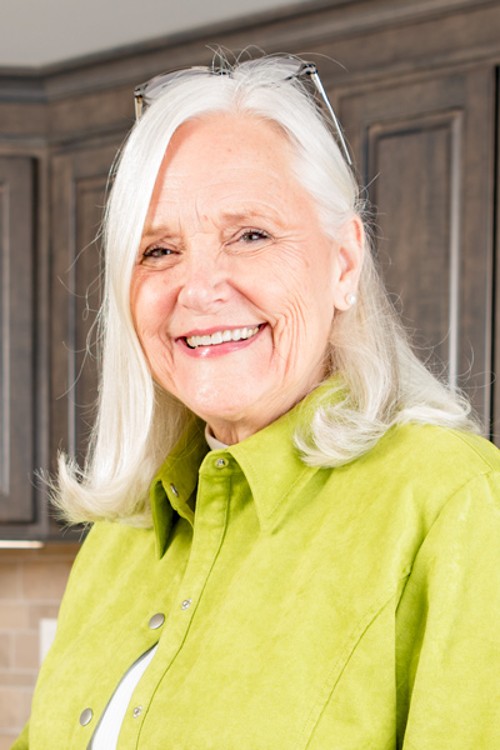