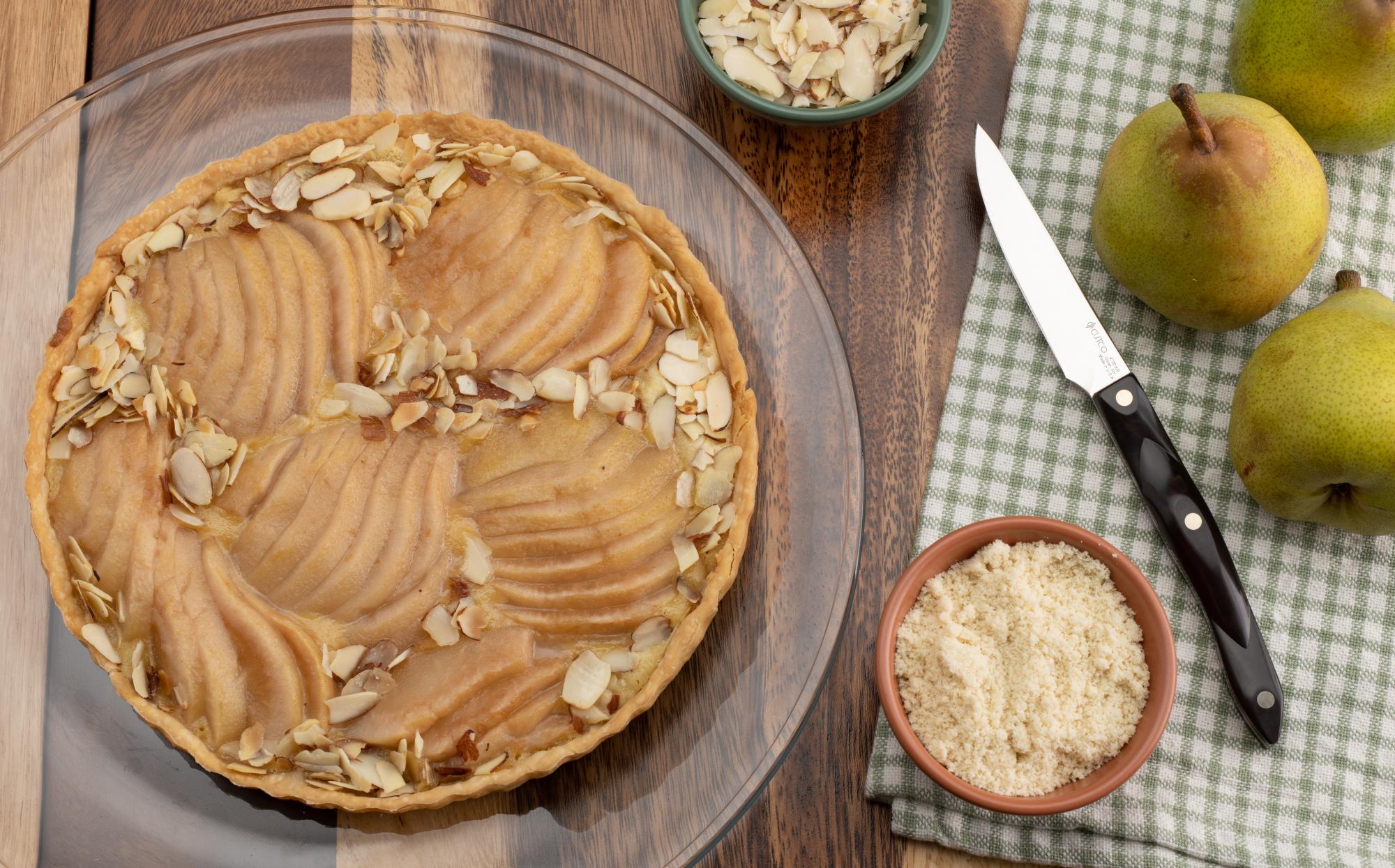 Poached pears and frangipane make this Pear Almond Tart a dessert that will leave an impression. It’s beautiful to look at and it is absolutely delicious.

The recipe calls for poached pears, which is accomplished by peeling the pears and bringing them to a boil in water, flavored with things like vanilla, cinnamon and nutmeg, and cooking until fork tender. About 25 to 30 minutes. Cutco has an easy How to Poach Pears tutorial you can follow if you need some guidance.

How to Blind Bake the Tart Crust

The tart crust can be made from scratch or you can use a prepared refrigerated pie dough. Either way, you’ll bake the crust before adding any filling or fruit (this is called “blind baking”). Place the dough in a tart pan, cover it in parchment paper and weight it down with pie weights or uncooked rice (enough to cover the bottom of the crust). 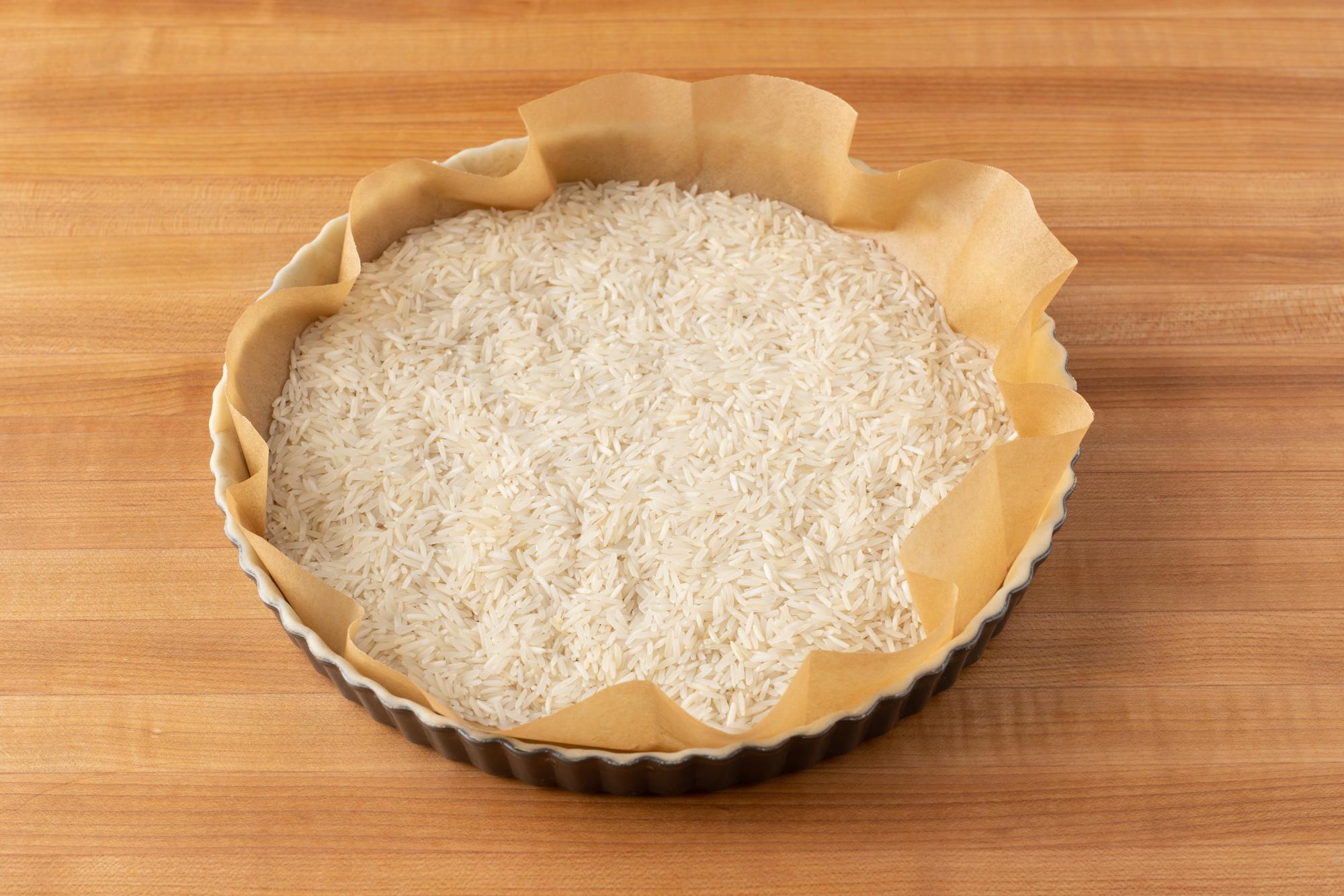 The purpose of weighting down the crust is to allow it to hold its shape, without forming air pockets or shrinking. Other things you could use in place of pie weights are popcorn kernels, sugar or dried beans.

You could make this recipe with almond paste, but I say, take the leap and make the frangipane. It is one of my absolute favorite tastes. While making it takes a bit of time, it is really simple and easy. It is just a matter of mixing together butter, sugar, almond flour, an egg, vanilla and a little all-purpose flour.

Once the frangipane is made, use a Spatula Spreader to spread it evenly across the baked tart crust. It is worth noting that frangipane is something that needs to be baked before eating. It is not the same as almond paste, even though it’s often confused with it.

What makes this recipe extra special is how beautiful it is when finished. The pears create a decorative look that elevates this tart to something special.

Use a sharp 4" Paring Knife to evenly slice the poached pears. Slide Cutco’s Turn n’ Serve under them to carefully move from the cutting board and place cut-side down on top of the frangipane and fan the slices out to create a decorative pattern. Take your time and enjoy making this recipe. The end result will be a memorable dessert you’ll find yourself making over and over again.

To blind bake the tart crust:

To slice the poached pear: