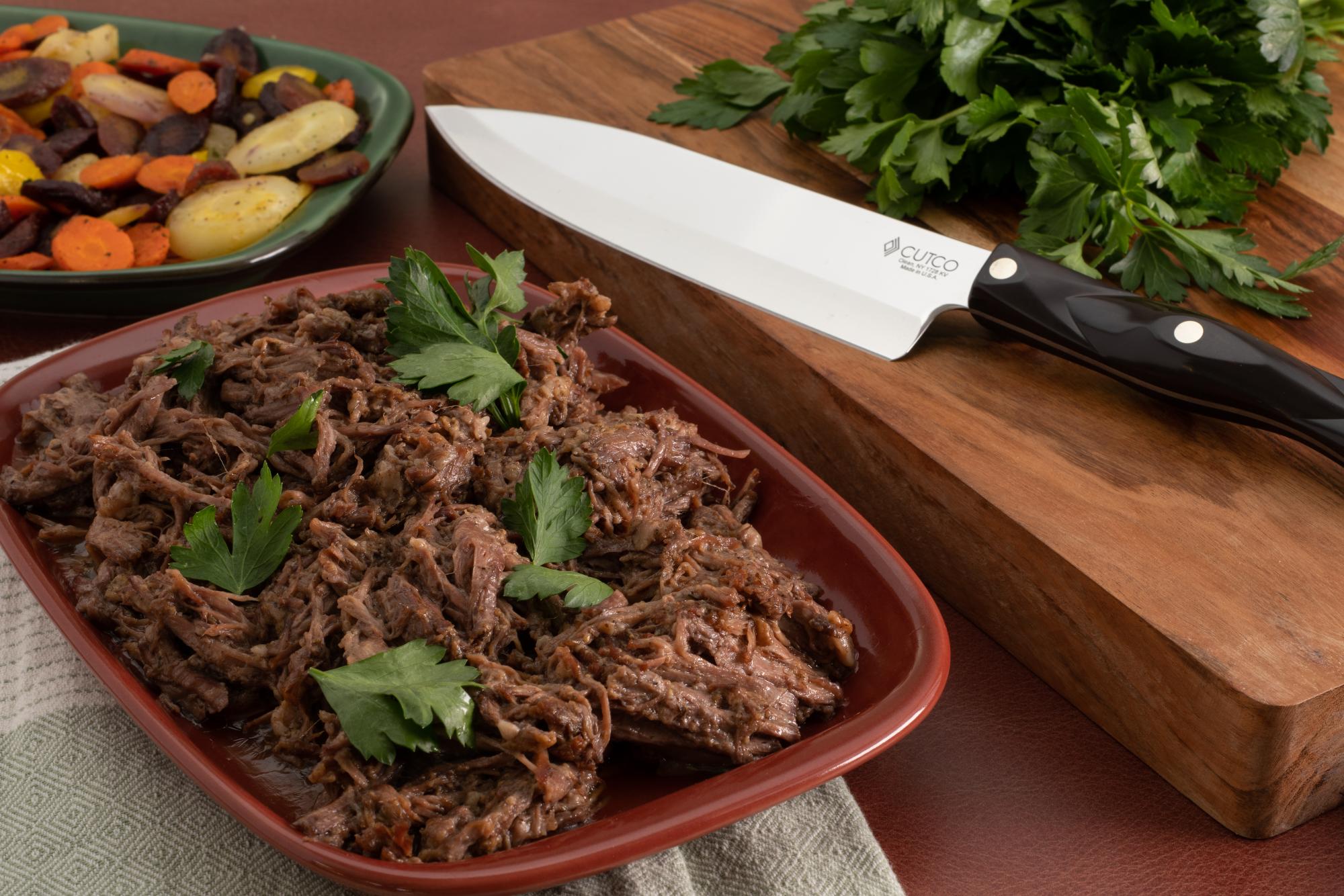 Never has there been such an easy and delicious pot roast recipe than this one. The name, Nancy’s Favorite Family Night Pot Roast, gives away that it’s a recipe a good friend shared with me.

My friend Nancy has been in the restaurant, catering or special event business her whole life. So when she tells me a recipe is fabulous, I listen. This one is.

It is important to brown the meat before putting it in the slow cooker. Sure, it is one more step, but it is so worth it. The browning offers a depth of flavor that adds to the finished dish, so don’t skip it.

Begin by pulling the roast out of the refrigerator 20 minutes before cooking and then pat it dry. Coat it in salt, pepper and flour before placing in canola oil, heated in a 12" Gourmet Fry Pan. 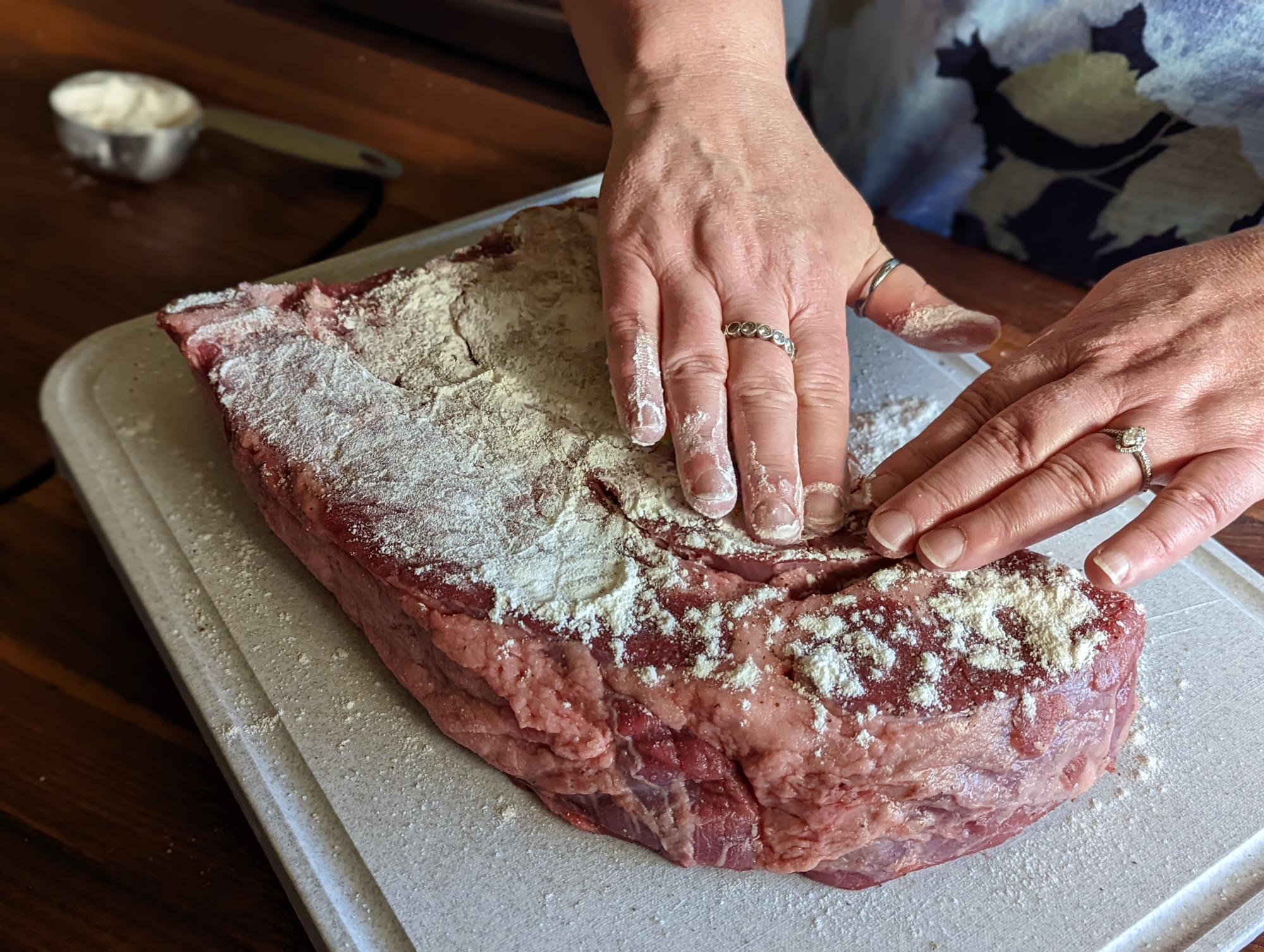 Brown the roast on all sides, about four to five minutes a side. 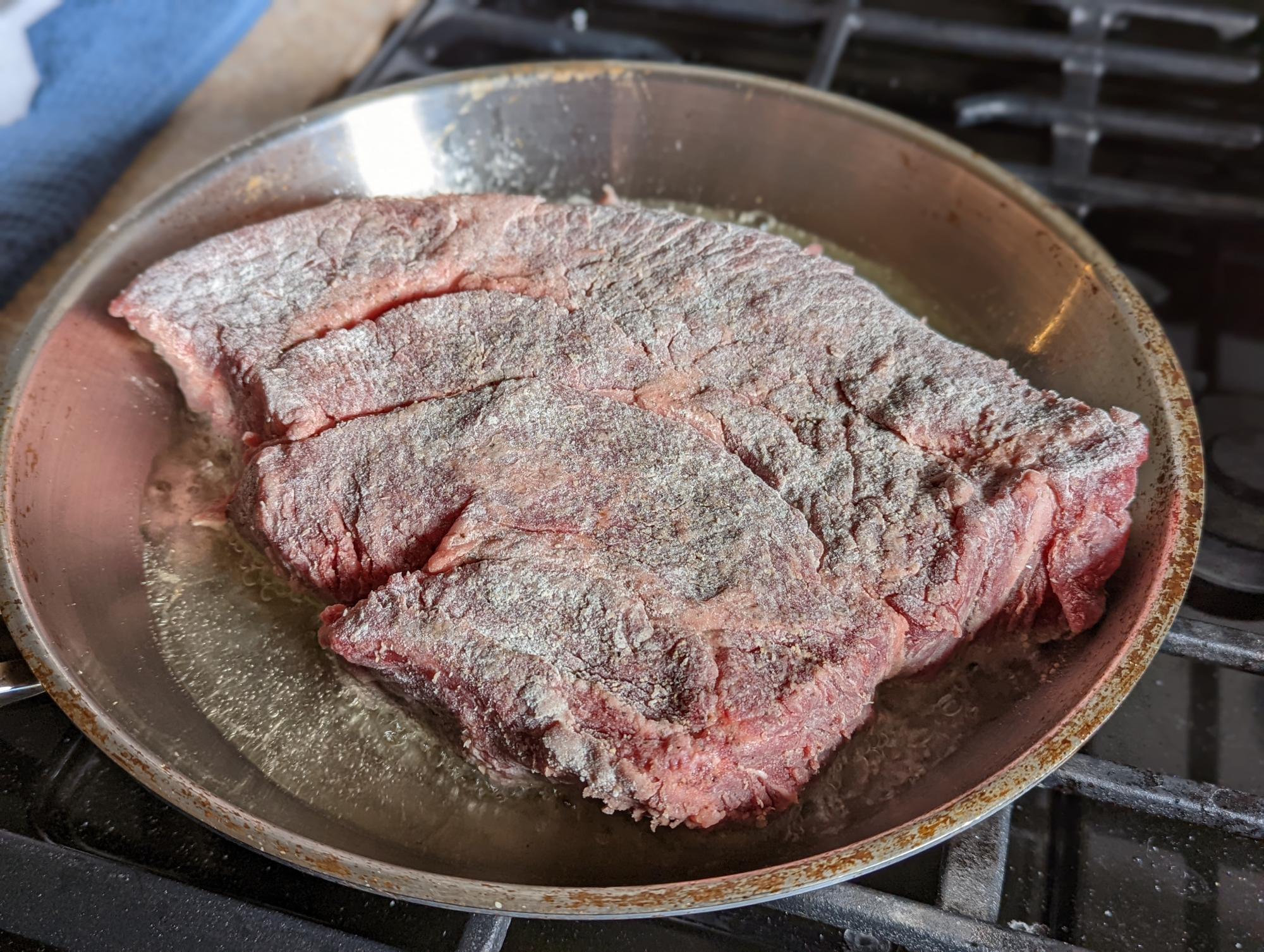 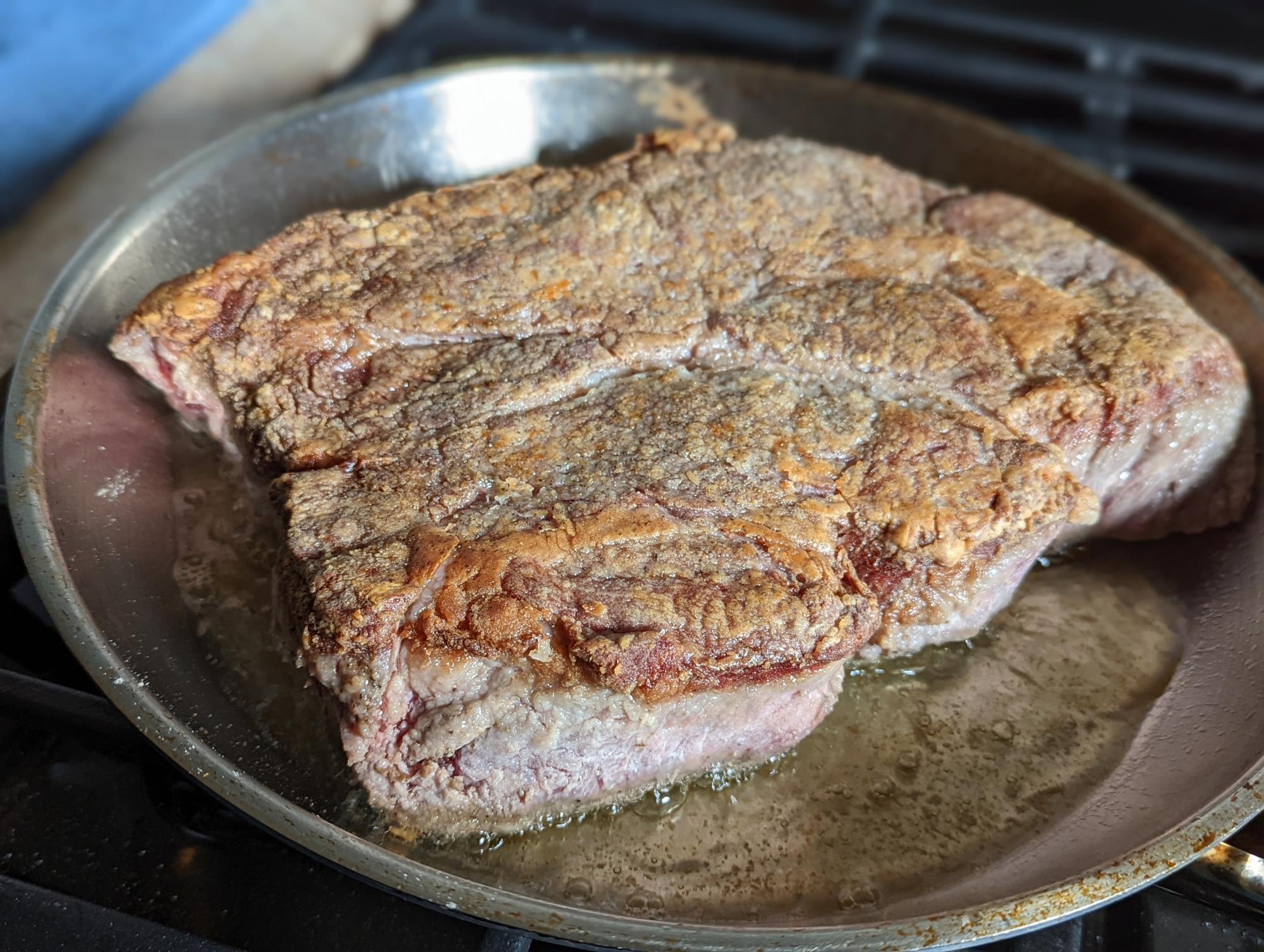 Once you have achieved that delicious crust, it’s time to place the pot roast into the slow cooker to begin heating up as you make the dressing.

I call this dressing but after cooking, it really is more like a sauce or gravy. The ingredients are simple. It’s a matter of using a Mix-Stir to whisk together mayonnaise, vinegar, dill and sweet paprika until it emulsifies.

That delicious mixture is then added to the slow cooker to mingle with the seared pot roast for six to eight hours.

While it cooks, chop up some parsley to garnish the meat when it’s done, using a 7-5/8" Petite Chef knife. 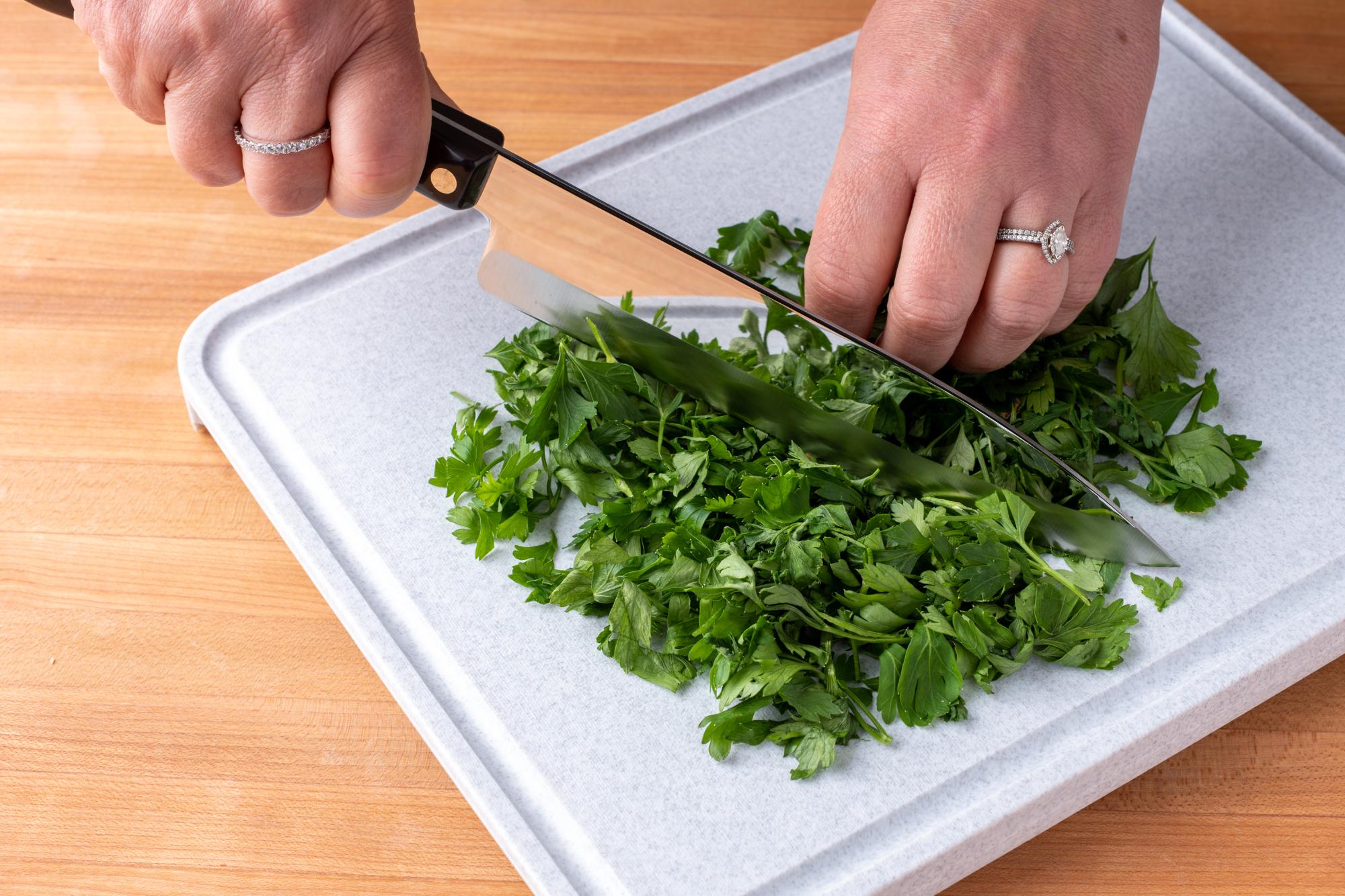 The aroma that will emerge while the pot roast is cooking is irresistible. But, be patient as it absorbs the flavor of the dressing, becoming the most flavorful and moist pot roast you’ll ever eat.

When the meat is done, you should be able to easily shred it with two forks. 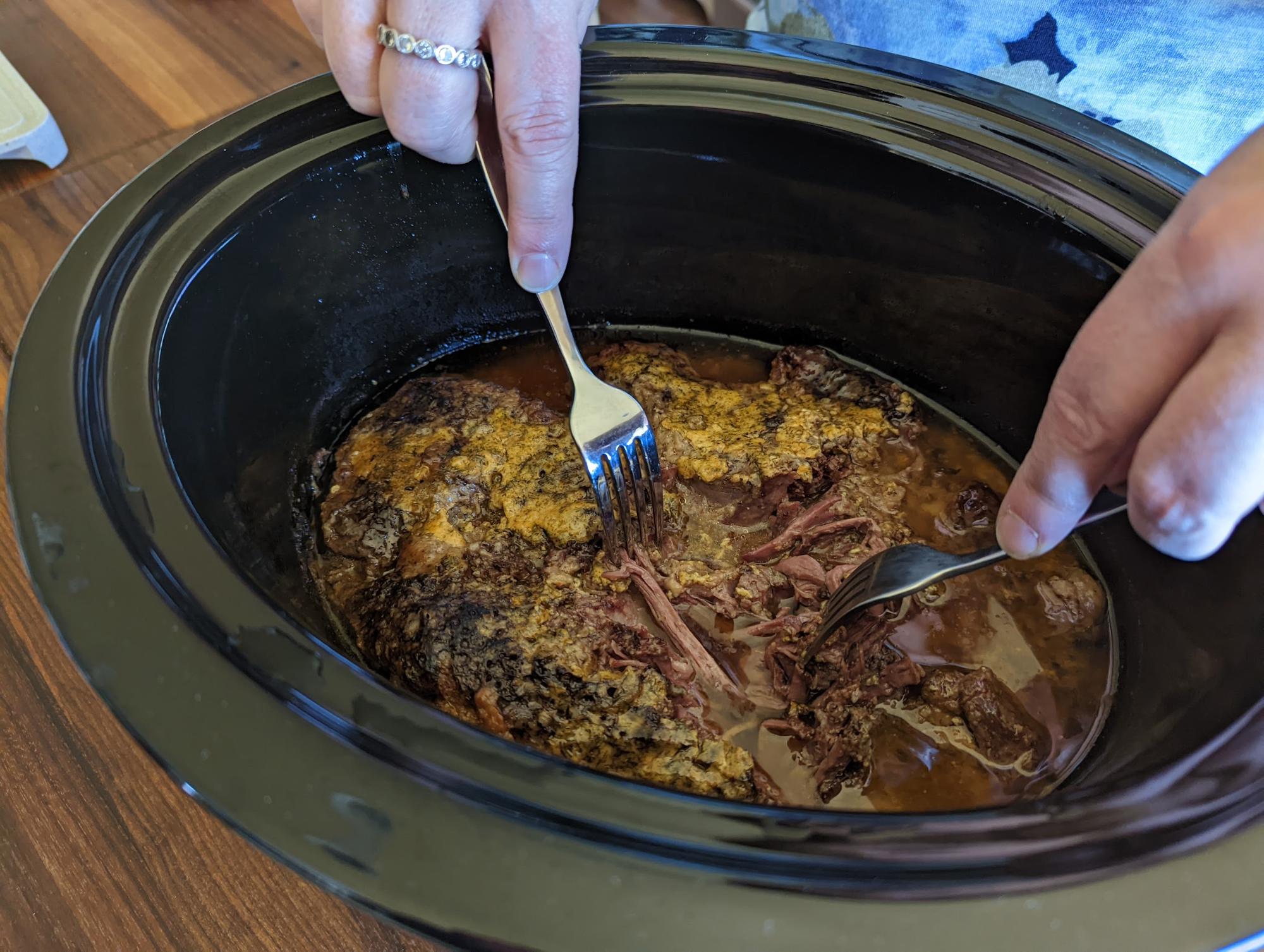 Mix the meat with the gravy surrounding it. Garnish with fresh chopped parsley and serve it with egg noodles or roasted vegetables or potatoes. It is also excellent on sandwiches.

Be ready with copies of Nancy’s Favorite Family Night Pot Roast recipe, because when you serve this dish to friends they will most certainly ask for it. Promise!

For a spicier version, add 8 to 12 pepperoncini to the crock pot when adding the butter.