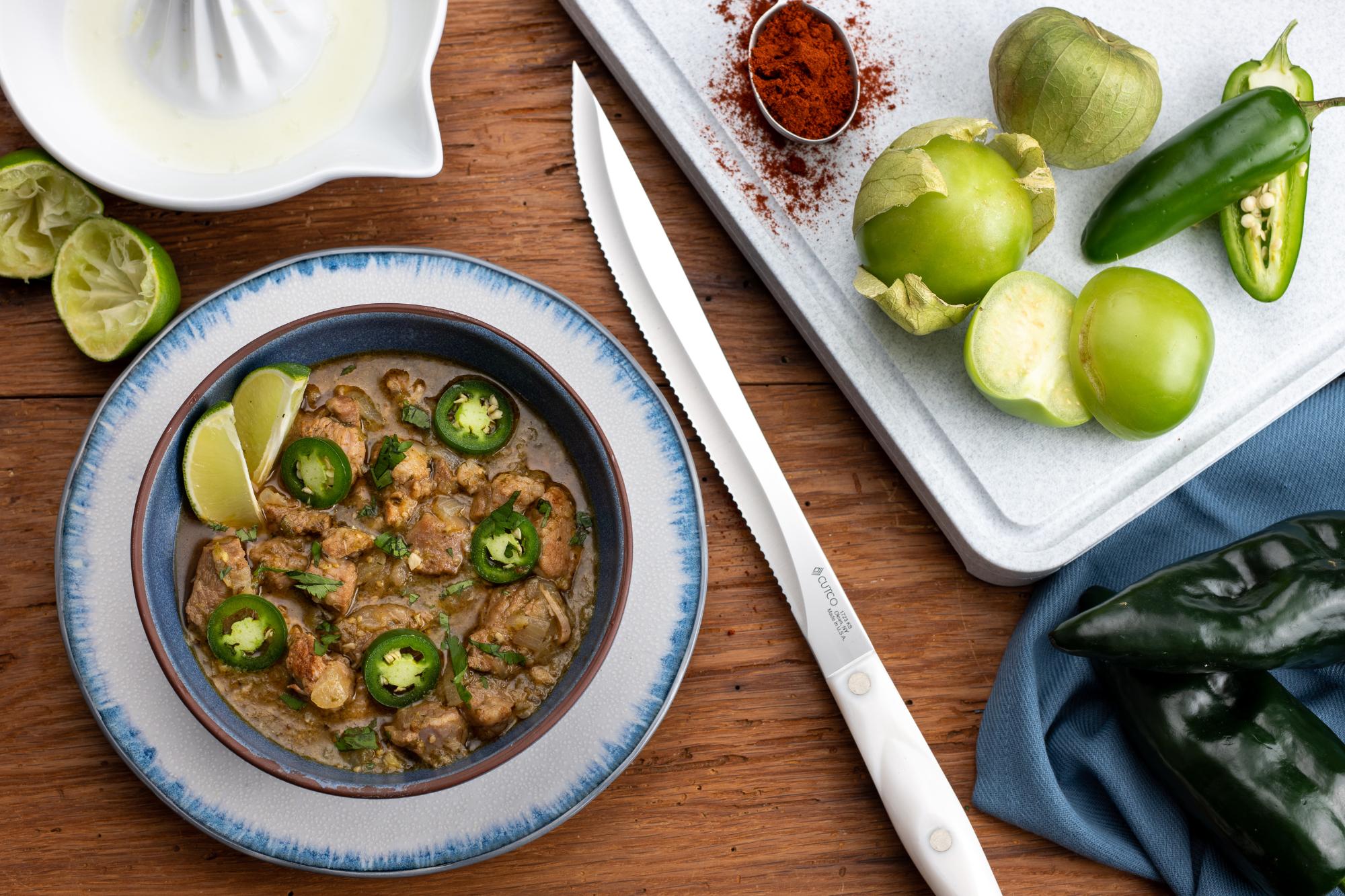 I’ve always enjoyed making stews, soups or chili – basically good comfort food that blends everything together, simmers and you have a finished meal with wonderful flavors. That said, Chile Verde was never something I tried to make before, likely because tomatillos weren’t an ingredient I was overly familiar with. That changed when Lynn Novo, one of our culinary partners, made a delicious Chicken and Corn Enchiladas with Salsa Verde dish. She showed us how to work with a tomatillo and I was introduced to its wonderful flavor.

So when one of my colleagues suggested we make a Chili Verde in the Cutco kitchen, I was all in. This Chile Verde with Roasted Tomatillos and Peppers recipe stays fairly traditional with the use of pork for the protein, but adds some different spices to liven up the flavor, and lime juice to brighten the dish overall.

Tomatillos remain the star ingredient and they are actually quite easy to prep. When looking for the perfect tomatillo, look for one that is dry and hard with a tightly fitting husk that is also dry. To prep it for cutting, remove the husk and wash it thoroughly with cold water to remove the stick residue. For this recipe, the tomatillos need to be cut in half so I used the Santoku-Style Trimmer to prep them. 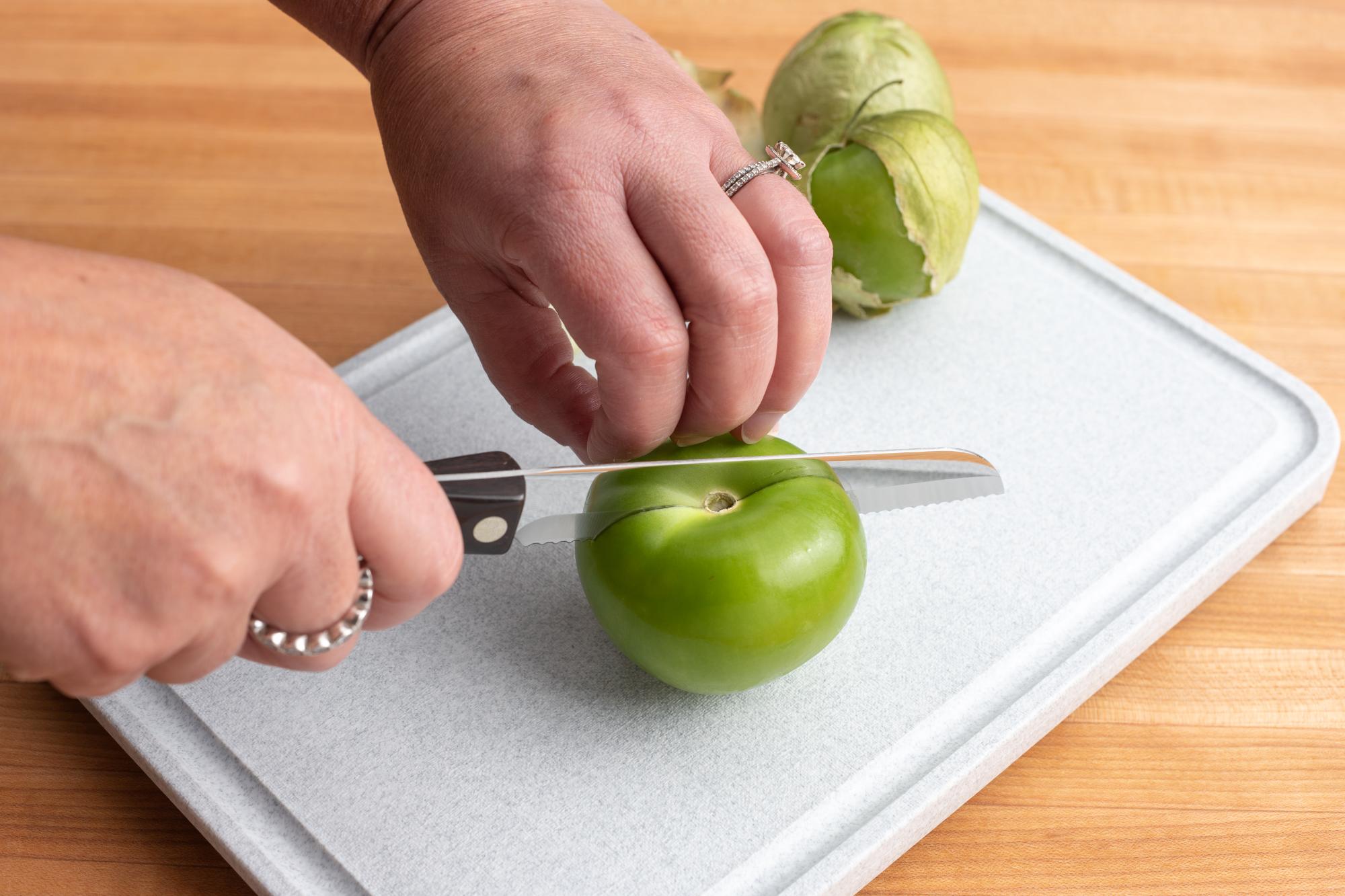 I then turned my attention to the peppers, and for this recipe we used both poblano and jalapeño peppers. Depending on how spicy you want your Chile Verde, you can choose to use other peppers as well. Using the 7-5/8" Petite Chef knife, I cut the peppers in half and removed the seeds. 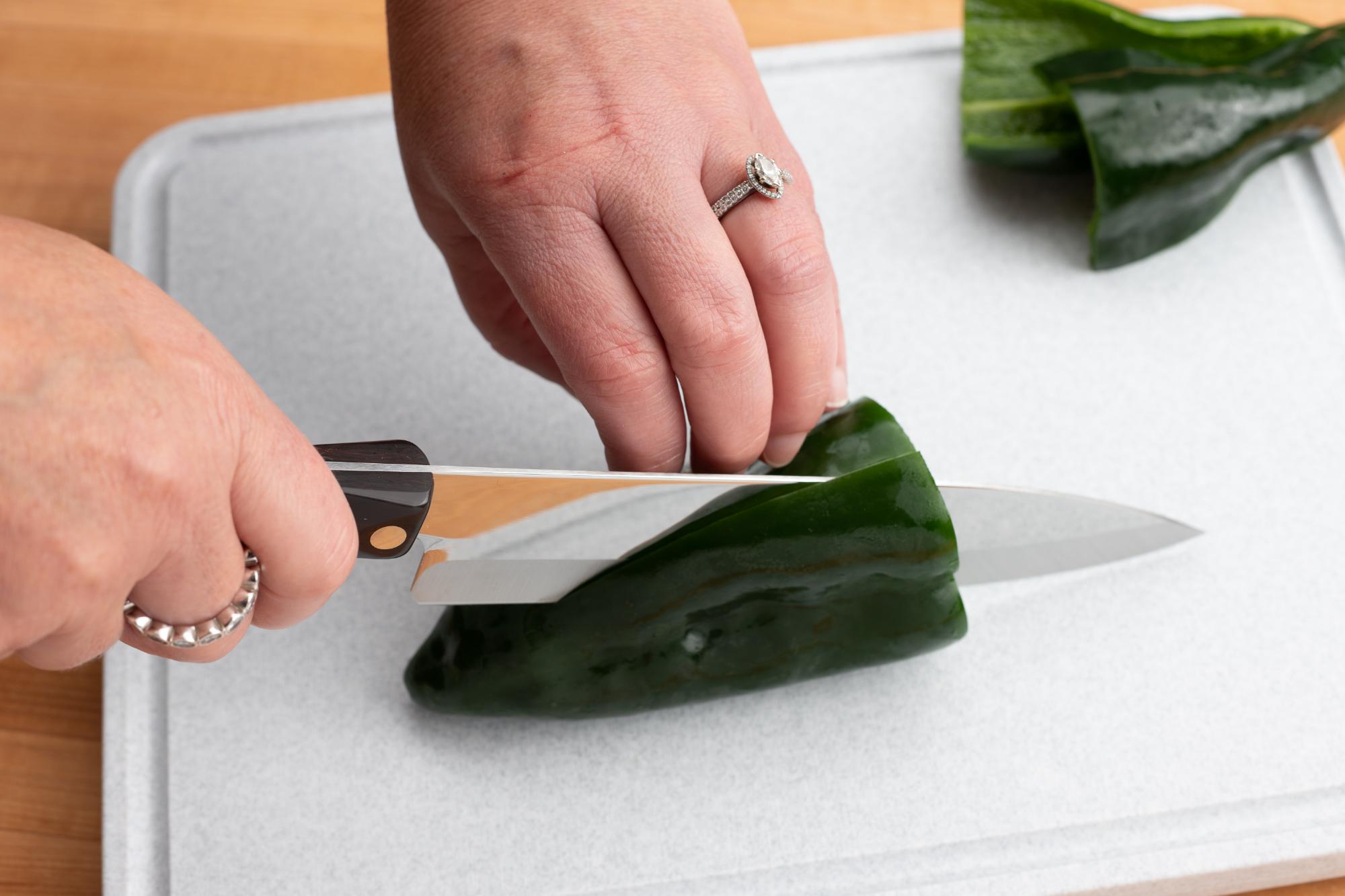 The next step is key to really bringing out the flavor of the tomatillos and peppers. You want to place them onto foil-lined baking sheets cut-side down and broil them until the skins are blackened and blistered. 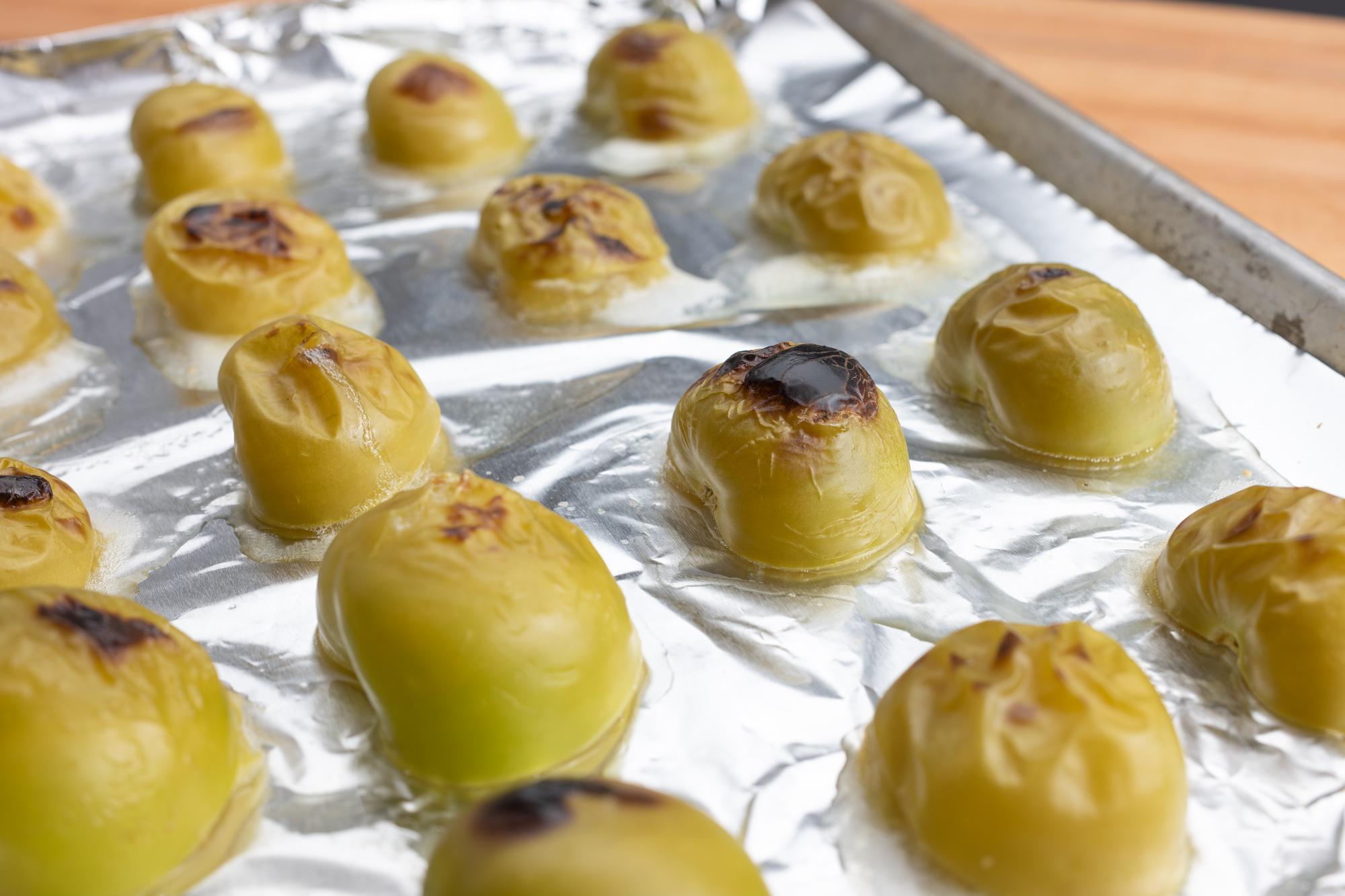 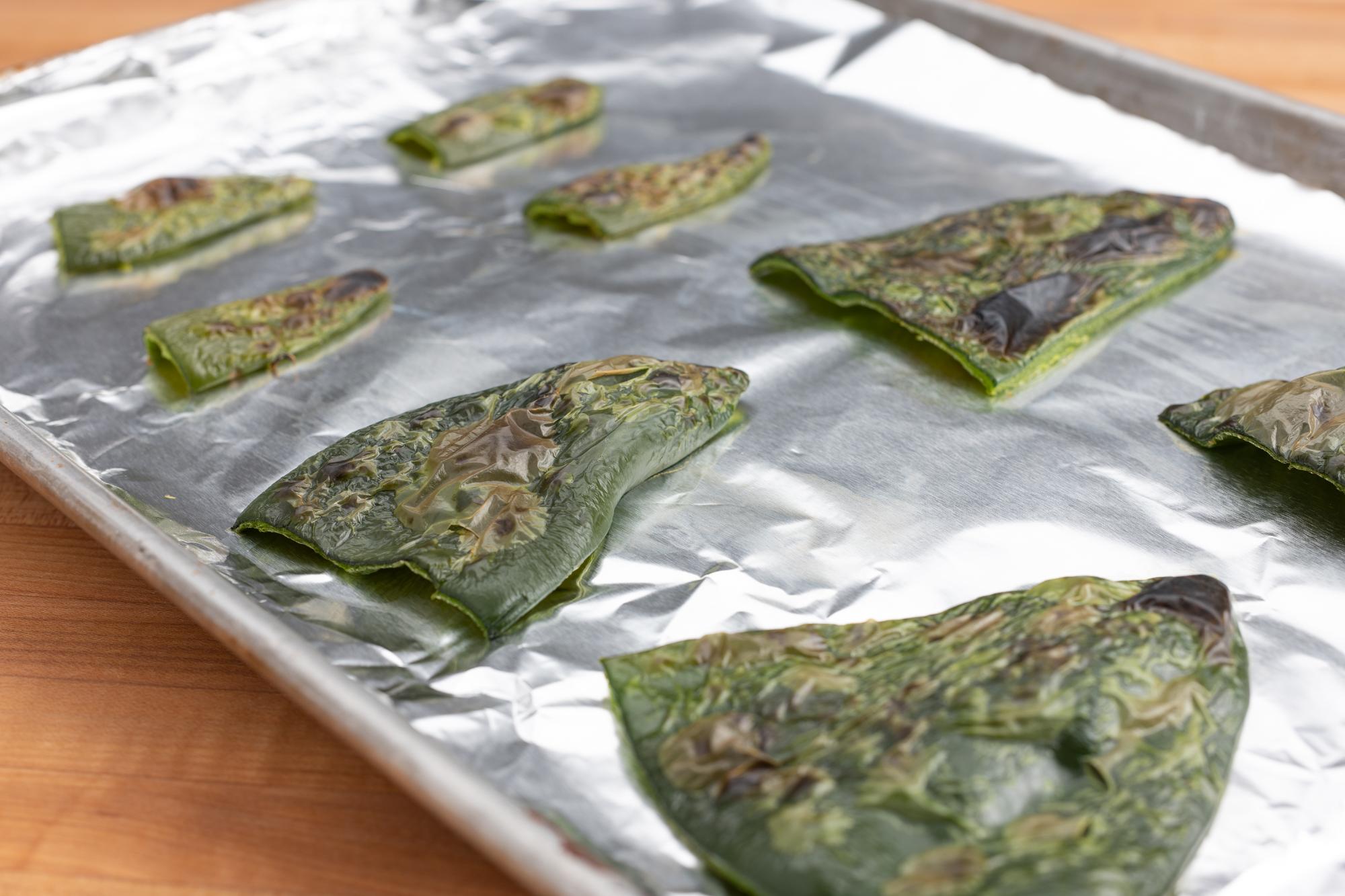 Once they are out of the oven, let them cool and remove the skins. This is the base for your savory green sauce, which you’ll combine in a food processor with some cilantro.

As I mentioned before, we went with the traditional boneless pork shoulder as our choice for protein but you could use chicken instead. I made sure to trim the excess fat from the pork shoulder (using the Boning Knife) and then cubed the meat into similar sized pieces using the 9" Carver. 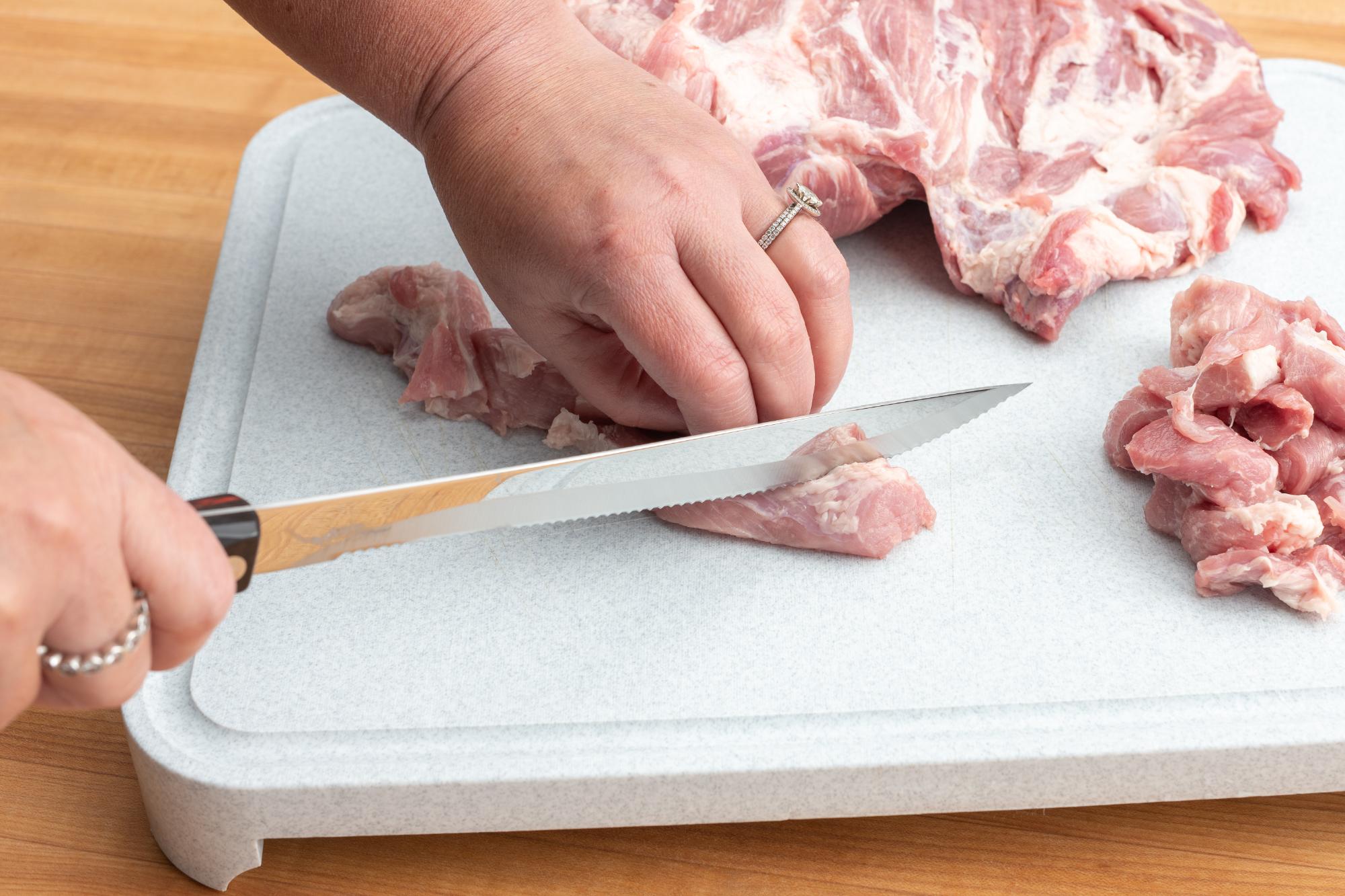 Once the pork is cubed and seasoned, start searing the meat to create layers of flavor. When the meat is seared, add the onion, followed by the garlic and spices. Then add the verde sauce and stock, simmering these ingredients until the pork is fork-tender. The dish is finished by adding some lime juice and cilantro.

Chile Verde with Roasted Tomatillos and Peppers is not a dish you’ll make every week but it’s definitely one you’ll want to pull out for a crowd. The melt-in-your-mouth chunks of pork in the savory green sauce with lime juice is a wonderful flavor combination and the very definition of comfort food. Give it a try and you may find that tomatillos become a new fan favorite. 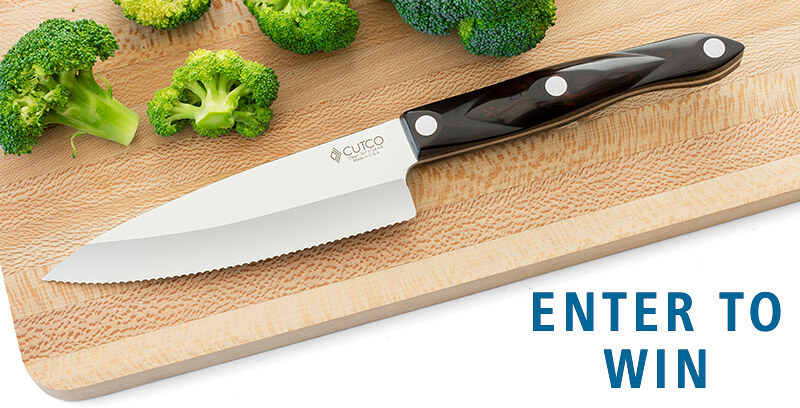 Enter to Win a Gourmet Prep Knife with Sheath