Here’s a show-stopper dessert that is easy to put together, but so impressive. The only thing that needs to be baked for this Fruit Slab Pie with Peaches and Blueberries is the puff pastry. Once it’s cooled, the pastry is topped with a creamy, fluffy spread of mascarpone cheese, almond paste, vanilla and fresh whipped cream.

Everything can be prepped ahead of time. However, it’s important to assemble this fruit slab pie just before serving and then serve immediately so the juice from the peaches doesn’t seep into the crust, making it soggy.

Just a heads up, the spread is quite almondy (if that is a word). I and the others who tasted it really liked it. In fact, some of us were eating it by the spoonful. If you’re not a big almond fan, I think you could probably cut back on the amount of almond paste in the spread, but not too much because it would affect the consistency.

Two valuable tools for making this slab pie are a Spatula Spreader and 7" Santoku knife. The Spatula Spreader works great for scooping up the almond-flavored filling and spreading onto the baked puff pastry. 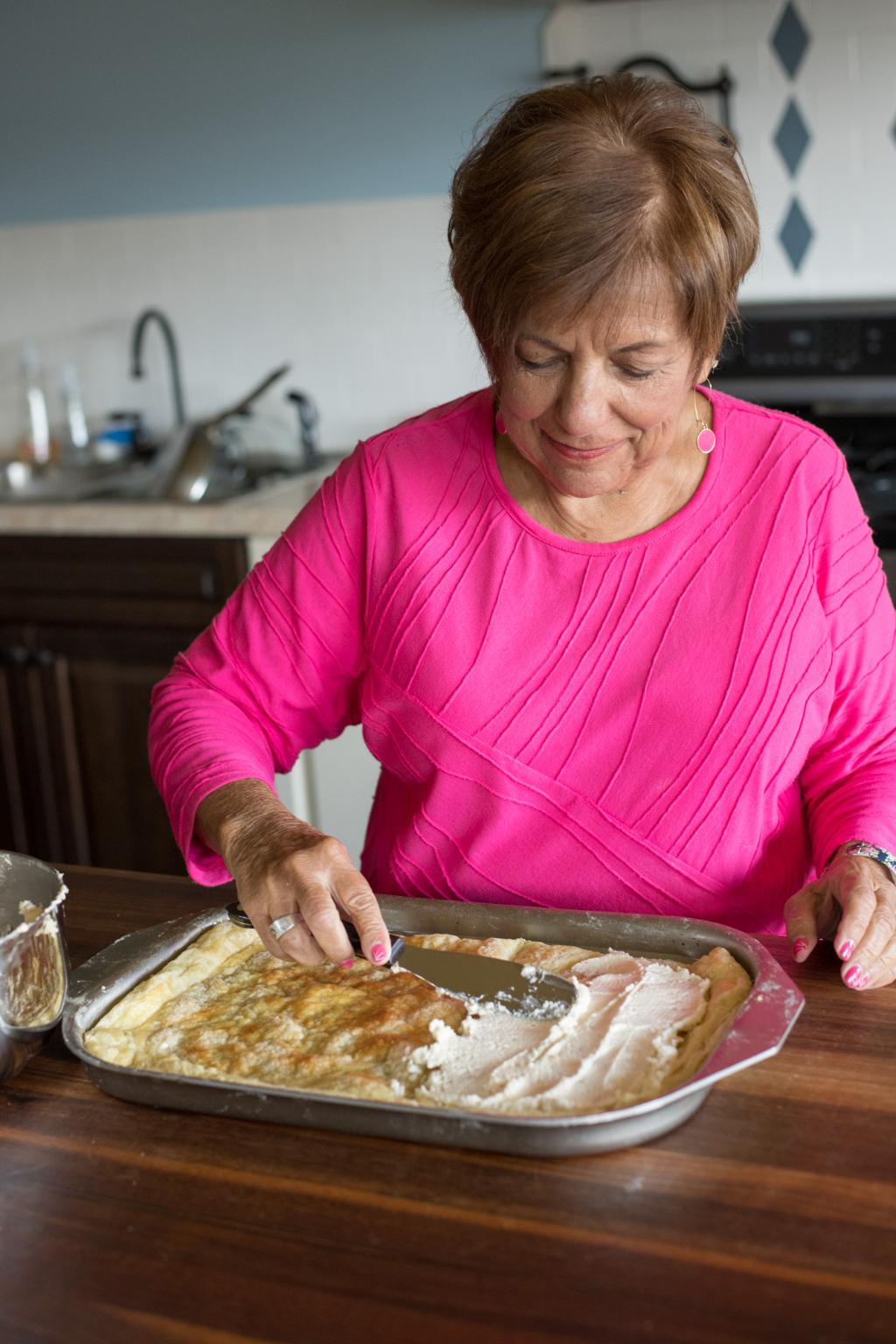 The Santoku knife is perfect for prepping the peaches. Cut along the side of the pit and then thinly slice into uniform pieces. 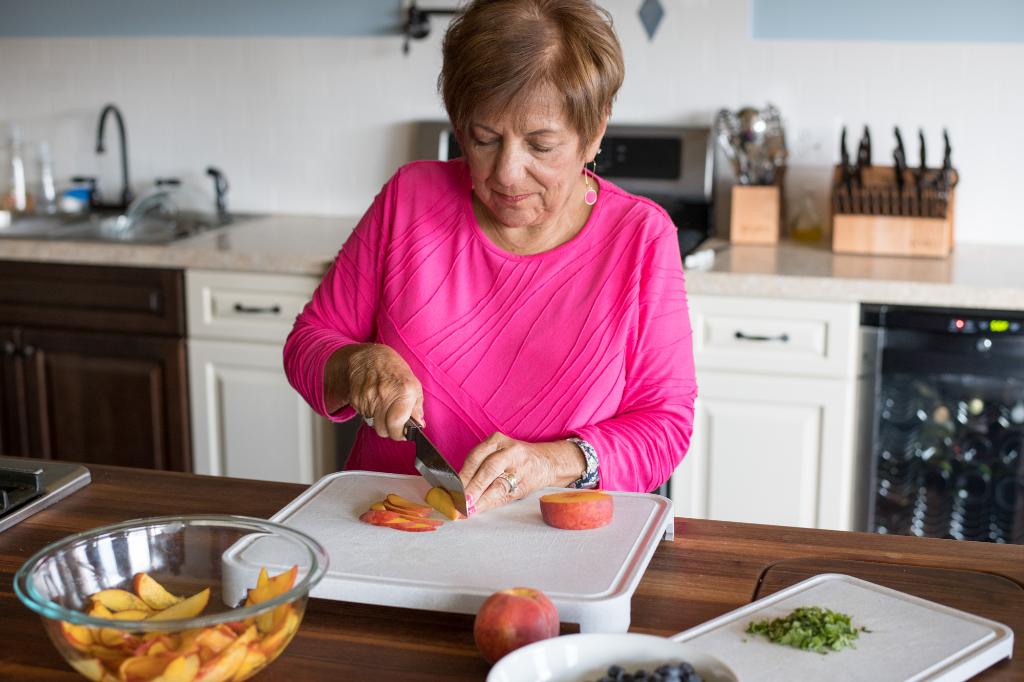 This dessert was a huge hit with everyone who tried it. Everything about it is light. It would be perfect to serve to guests you’ve invited over for coffee/tea and dessert, and equally perfect to serve after a leisurely summer dinner. 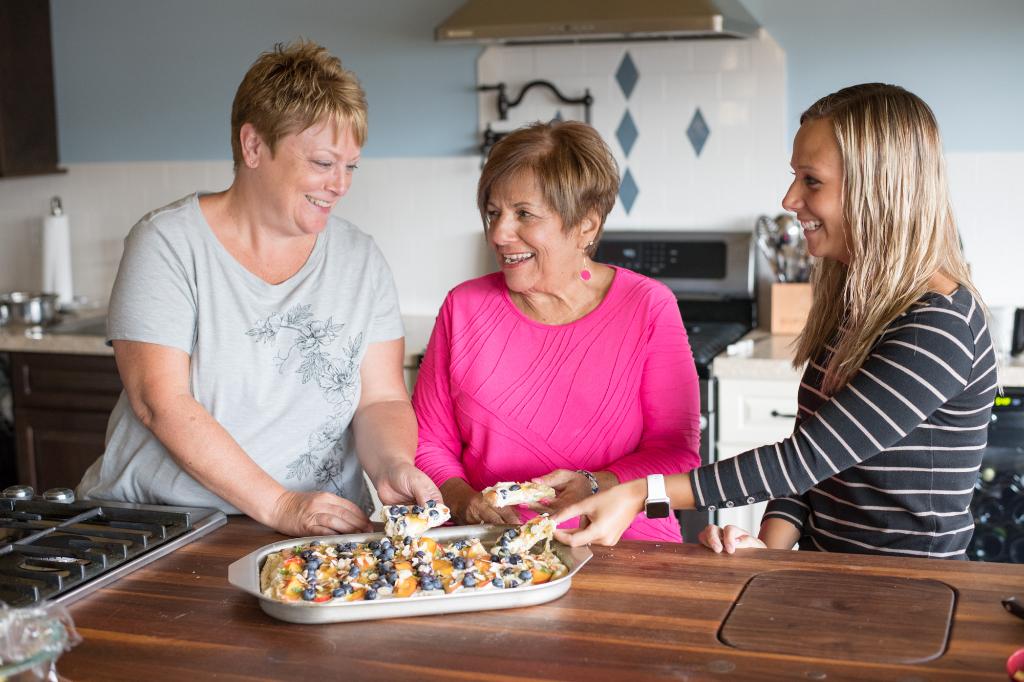 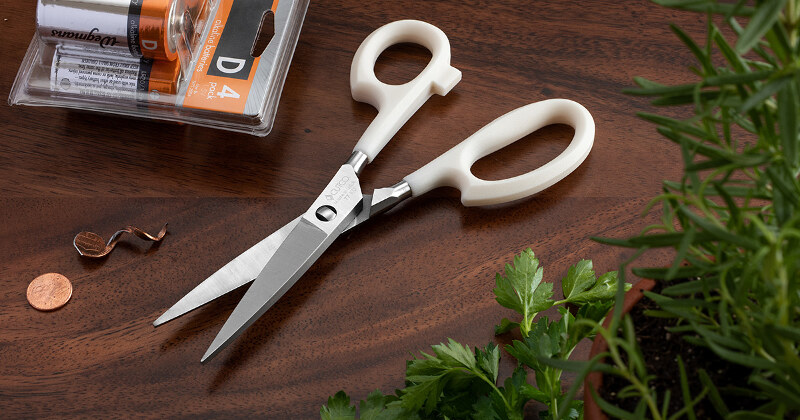 Enter to win Cutco Super Shears. We call them super for a reason. Use them for everything from snipping fresh herbs to opening tough packages, and everything in between. They even come apart for easy cleaning.