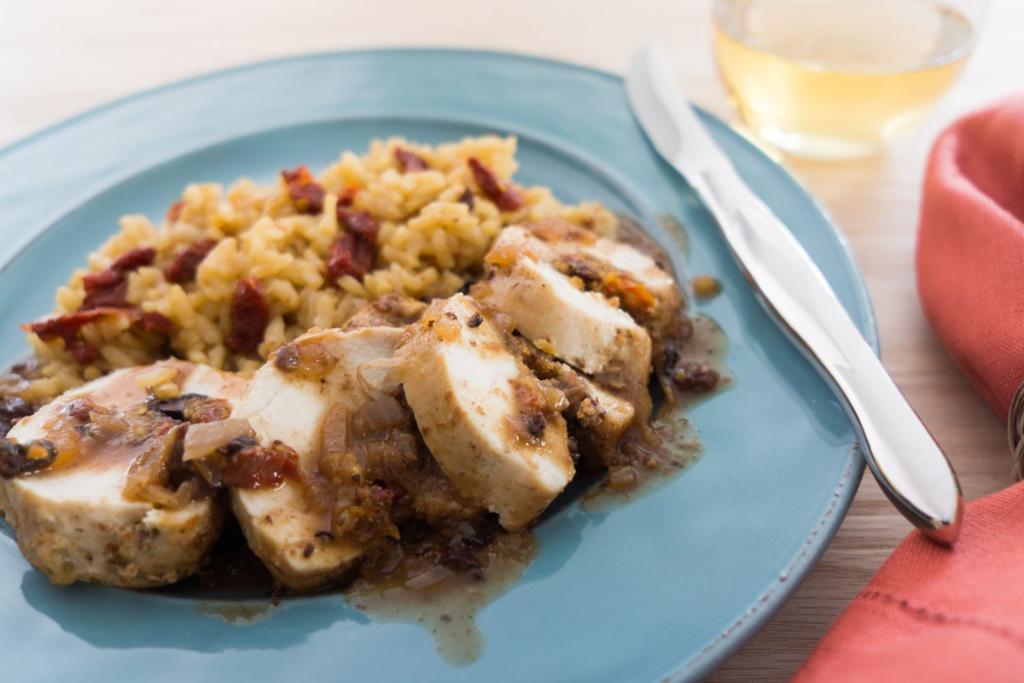 Cooking with wine is another relatively new venture for me. I have cooked with wine a few times but I prefer drinking it. No matter what you're eating, wine seems to fancy it up a bit.

When cooking with wine, a rule of thumb is to never cook with a wine you wouldn't drink. So, avoid the temptation to randomly pick up a bottle of wine in your local grocery store.

This recipe for Chicken Roulades with White Wine Reduction is a pleasant change from chicken breasts filled with a bread or ham and cheese stuffing. The olives and sun-dried tomatoes are a nice combination and the sauce is particularly tasty with a hint of saltiness from the olives.

This recipe could easily be doubled or tripled and would make a wonderful entrée to serve to guests.