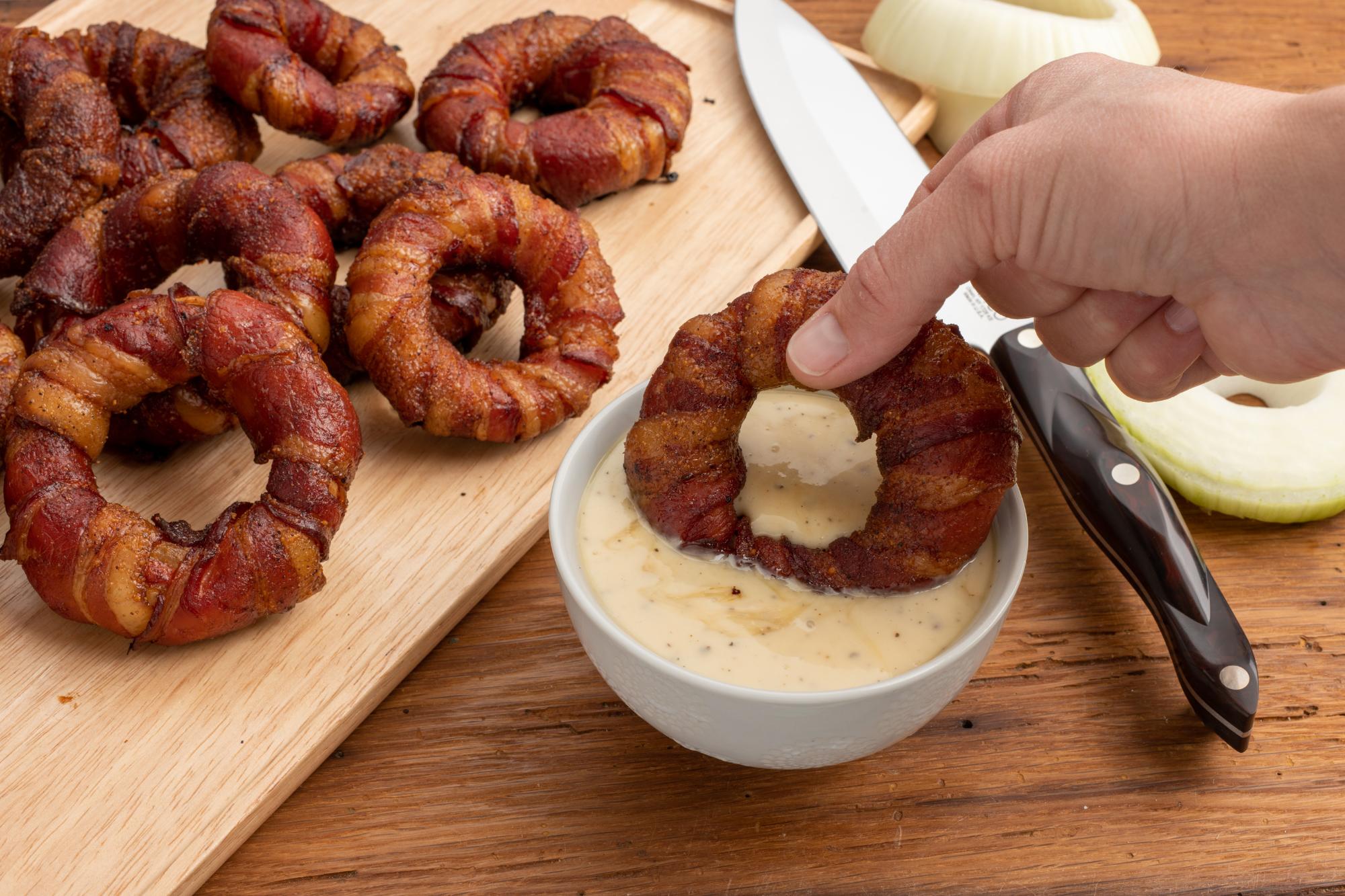 My love for bacon is real. The smoky, crispy, meatiness can't be beat. I use it in many recipes because it adds the additional fat and saltiness that most recipes need.

In a way, bacon is like the duct tape of the culinary world. It makes everything better.

These bacon bangles are a small labor of love to make, but the end result is so fun to dip, dunk and chow down on. The name came to me because when I finished making these creations, my twin daughters were admiring them and asked if they could wear the “bacon bracelets.” Bacon bangles just rang beautifully!

The key to success with these is cutting thick, even slices of onion. Find the largest yellow onions you can and then use a 7-5/8" Petite Chef knife to make the slices. Try to keep them the same thickness for even cooking. 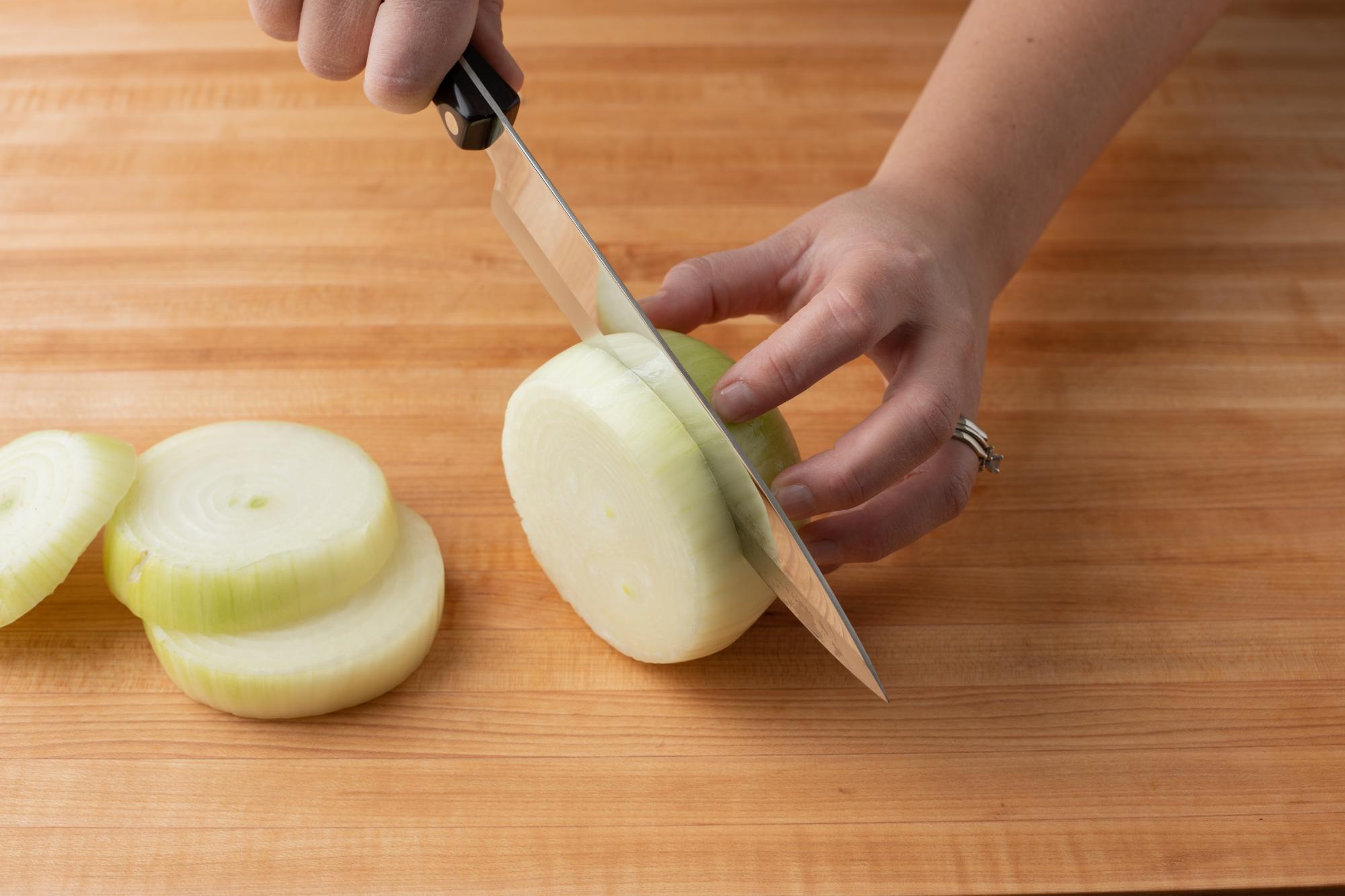 To take these over the top, drizzle with the Cracked Pepper Maple Syrup Dipping Sauce or serve the sauce on the side for dipping. 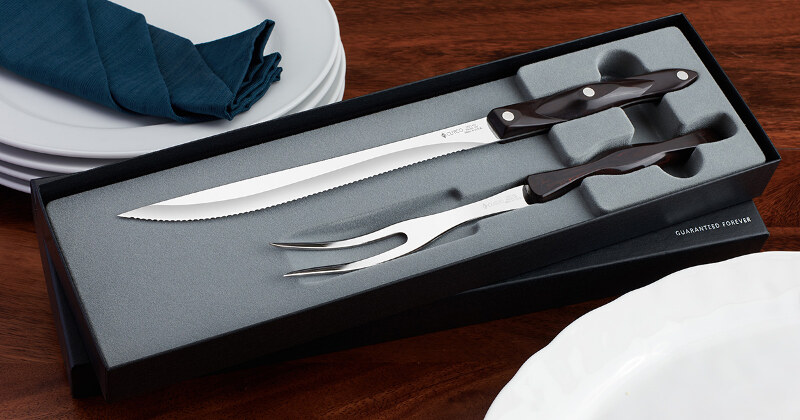