A few years ago, we made Chicken Teriyaki Bowls that were presented in a pineapple bowl. I always remembered not only how good this dish was, but also how beautiful it looked served in a half pineapple. I wanted to do a twist on this original recipe, instead using shrimp.

Pineapple Shrimp Boats with Bell Peppers takes what I love about the original recipe and adds some heat to balance out the sweetness of the pineapple. The sauce is what pushes your taste buds over-the-top as it uses the sweetness of pineapple, orange juice and light brown sugar to counter the heat found within the Siracha and minced ginger. It’s definitely a sweet and spicy combination that works well with the shrimp.

How to Make the Pineapple Boats

The first thing you need to do is make your pineapple boat, which is actually quite easy. Using a 6-3/4" Petite Carver, cut the pineapple in half lengthwise, leaving the crown intact. 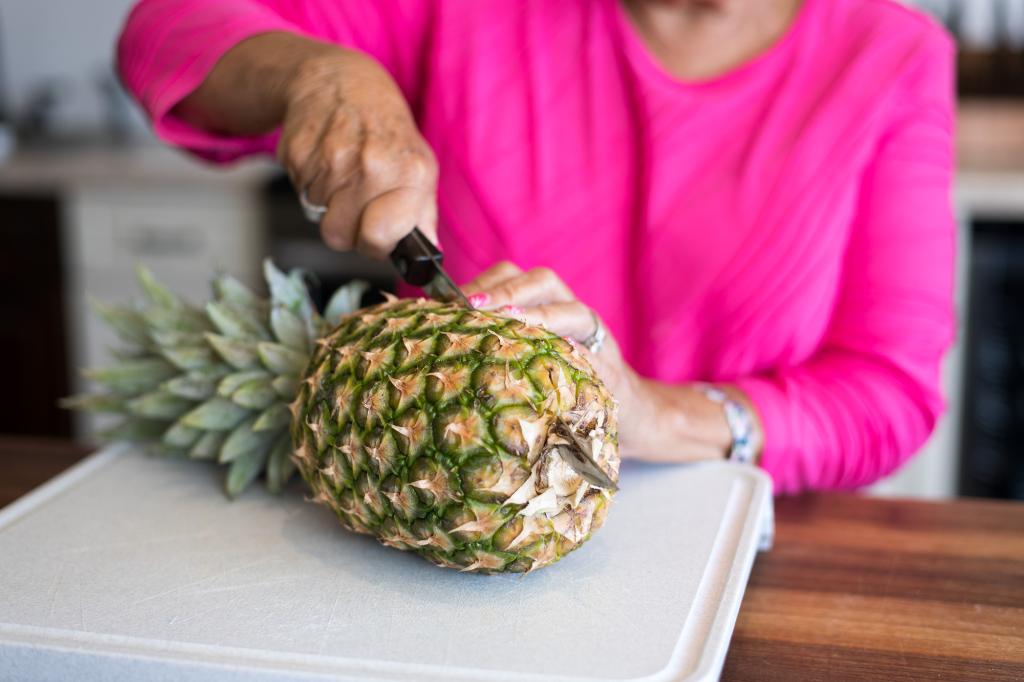 Slice the interior part of the pineapple around the perimeter, angling the knife toward the middle. Be careful not to cut through the rind. 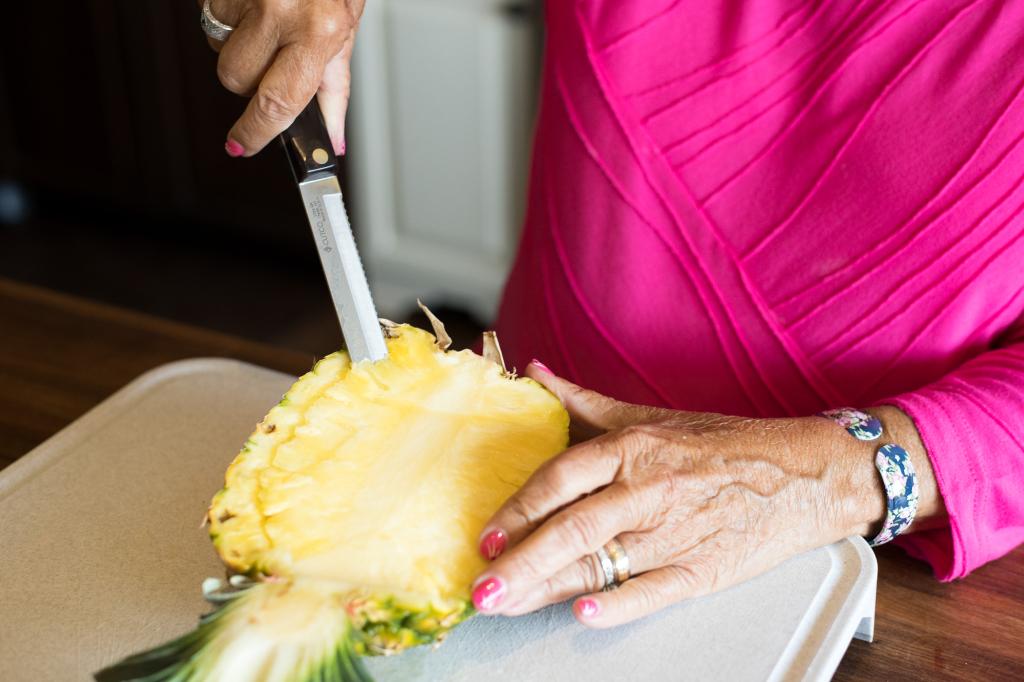 Then slice the fruit lengthwise and crosswise into chunks. 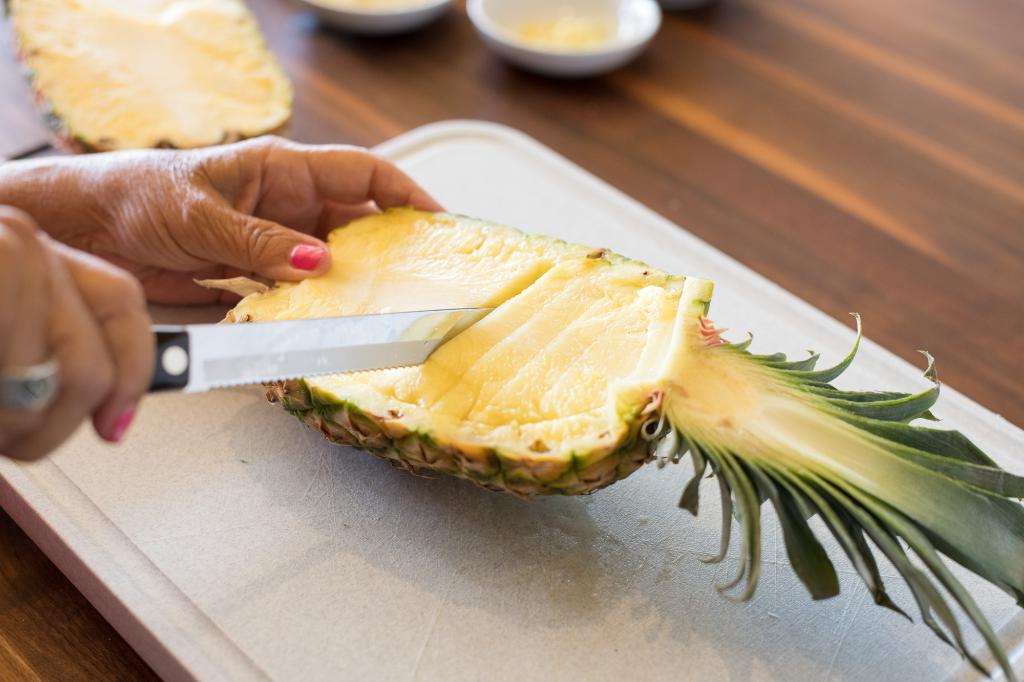 Finally, scoop out the pieces and set those aside as you’ll need the pineapple chunks later. 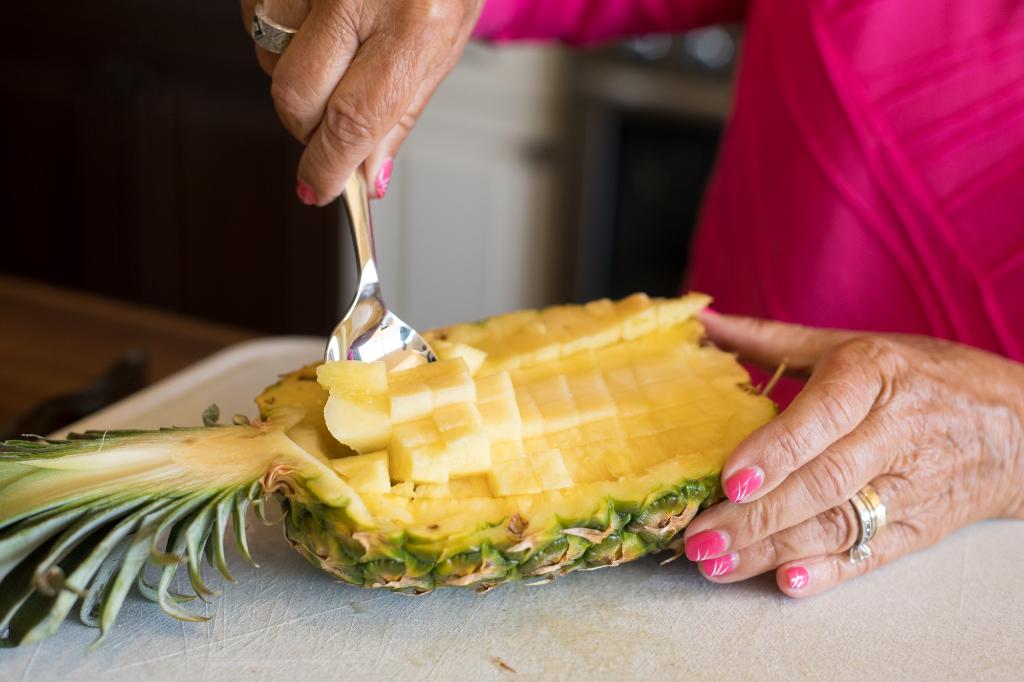 The next step is prepping the shrimp, which needs to be peeled, deveined and patted dry. To devein the shrimp, use a 3" Gourmet Prep Knife. Take a look at our handy How to Devein Shrimp tutorial to learn how.

To julienne the bell pepper, use the 7-5/8" Petite Chef knife to cut off the top and then cut the sides away from the center of the pepper. Remove any seeds and pith from these large slices and then cut them into thin strips. 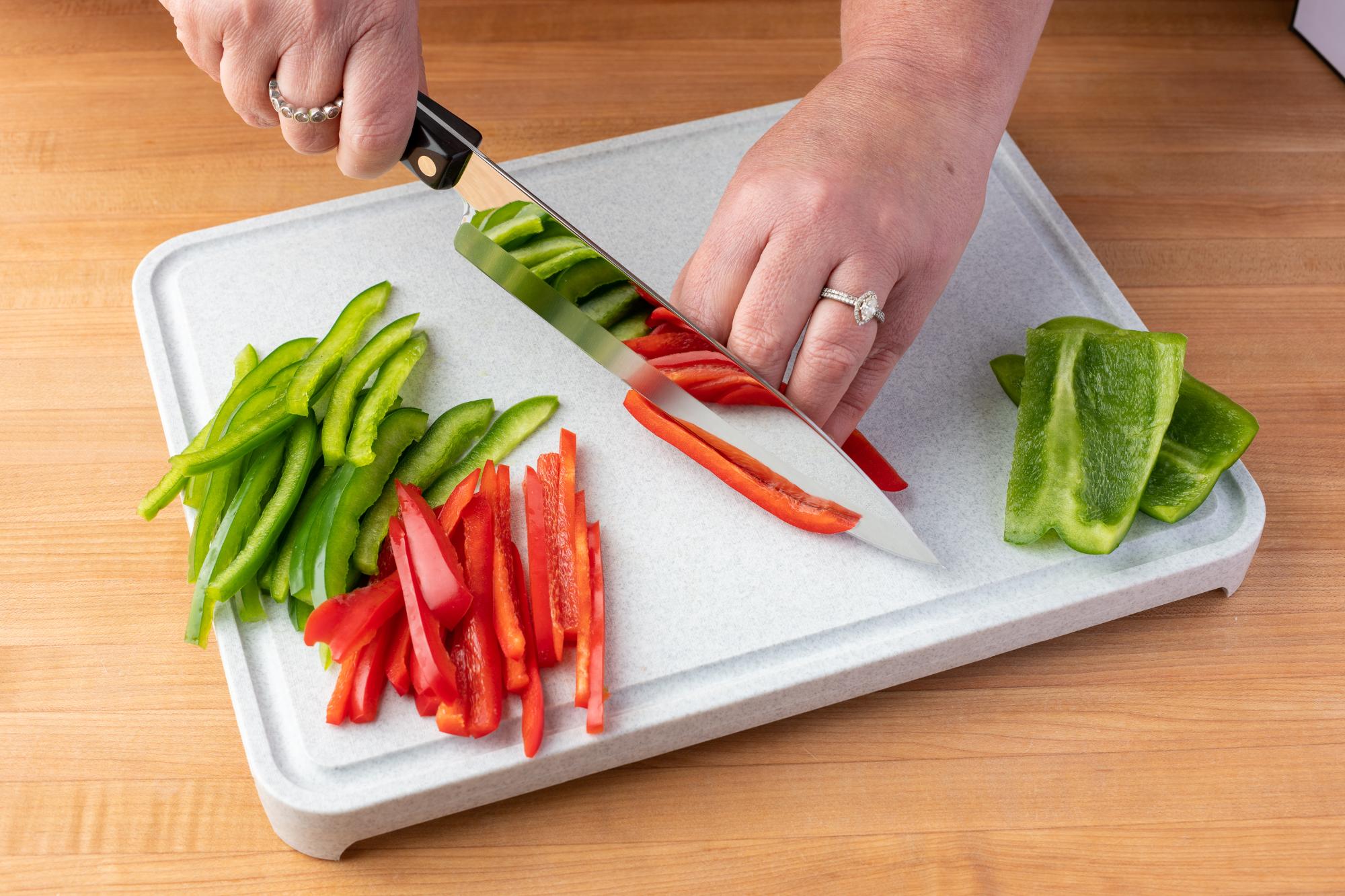 Now it’s time to cook, starting with the sauce. Put the first seven ingredients in a saucepan over medium heat and stir until combined. To add the cornstarch (your thickening agent) to this heated mixture, make sure to mix it first with the chicken broth until it’s thoroughly dissolved and then add it to the saucepan. If you add cornstarch that has not been dissolved into a liquid, it will make your sauce lumpy. Once the sauce is thickened, set aside.

In a skillet, cook the shrimp until just pink, making sure to not overcook the shrimp as it will get tough. Remove the shrimp from the skillet and then add the remaining oil, followed by the bell peppers and the pineapple chunks from your pineapple boats. Then add the previously prepared sauce and make sure everything is coated. Add the shrimp to bring everything to the same temperature and remove from the heat.

Pineapple Shrimp Boats with Bell Peppers was everything I was hoping for – sweet and spicy shrimp with vegetables served in a beautiful pineapple boat. And while presentation is important, what’s more impressive with this simple recipe is the flavor. We all kept eating it straight from the pineapple boat. Enjoy!