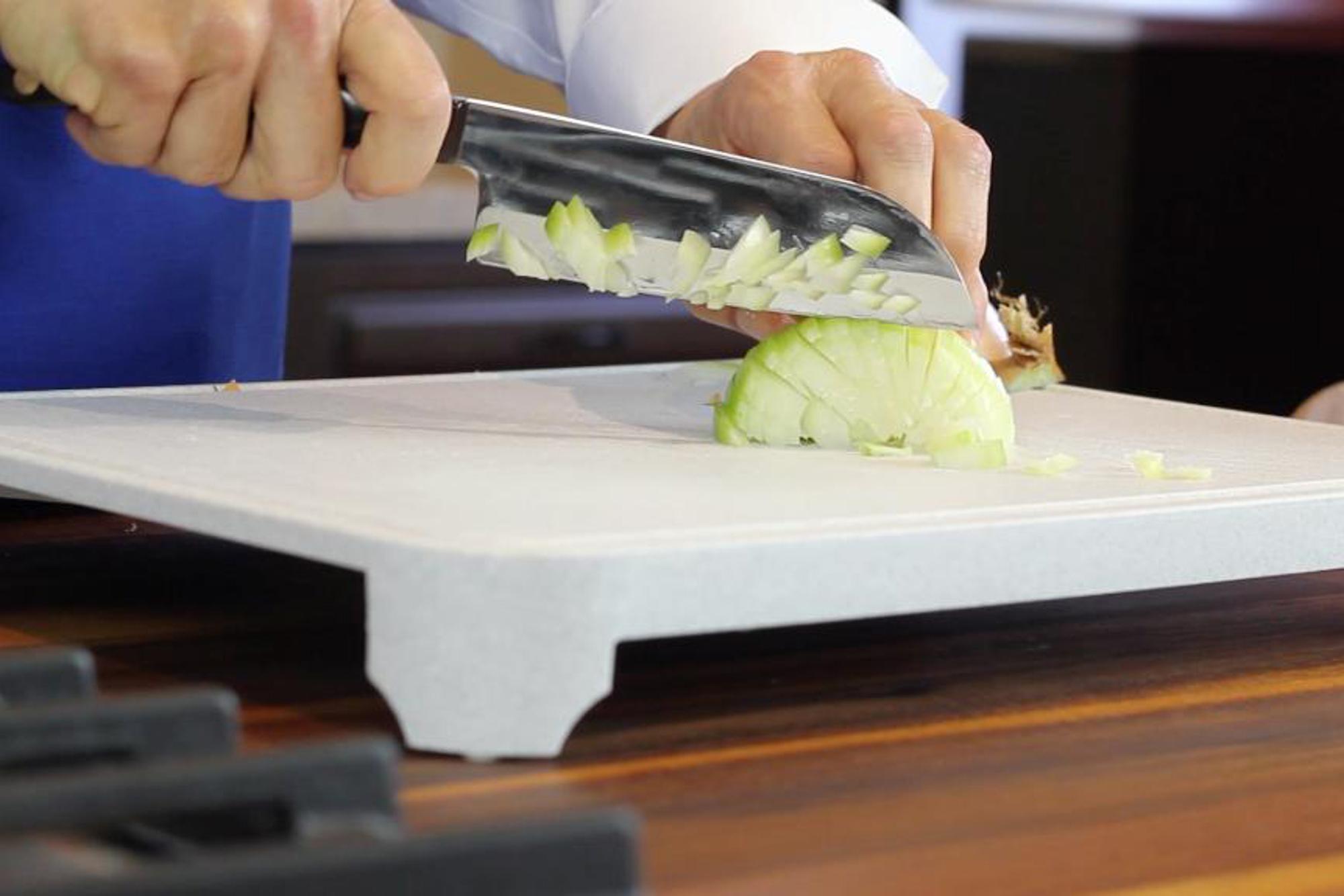 The very first knife skill I learned when I came to Cutco was how to dice an onion. Not to over dramatize it, but it was a real game changer for me. No more scratching my head over how on earth I would take a round onion and perfectly dice it.

When dicing onions, cutting them to a uniform size not only affects how evenly they cook, it also affects taste to some extent. Since diced onions appear in so many recipes, mastering this knife skill can really improve your meal prep.

To start with, you’ll want a sharp knife that can cleanly cut through the cells of the onion. It’s those cells that release an enzyme that causes you to tear up when cutting them. A sharp knife will easily slice through onion cells instead of crushing them, reducing the release of those enzymes for less tears.

Selecting the best knife for cutting an onion depends on its size, but generally a sharp chef knife or santoku knife work best for dicing medium to large onions. Their hollow ground blade design allows the knife to move smoothly through the onion when using a forward and down motion.

I find that, for me, this is the best method for dicing onions because it's done with the root end left intact, keeping it held together for easier cutting. Once you learn how to dice an onion this way, you’ll never do it another way again.

How to Easily Dice an Onion